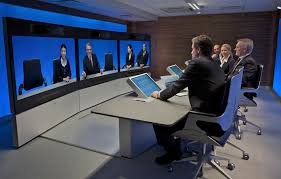 A few months ago and already into the travel related issues of the COVID-19 pandemic, the Cremation Association of North America (CANA) was one of the first, if not the first, trade organization to announce that they would be foregoing their traditional convention and replacing that convention with something touted as a “Virtual Convention”.  In my opinion, CANA should be lauded for taking this step into the unknown in an effort to keep camaraderie and the dissemination of  knowledge and expertise going among the death care profession.

I, and probably a lot of you. . . .maybe even including CANA leadership. . . . were wondering how this would be done.  It would certainly be a new experience for me. . .and probably for all of the traditional convention attendees.

One thing is for certain – associations like CANA and the National Funeral Directors Association – provide a great tool for those in the death care profession to build up a base to take on all kinds of issues, especially regulatory issues.  And, these groups with their membership base can many times give those regulators at both the state and national levels some expertise into proposed measures which helps shape legislation.

What is also known is that it takes more than membership fees can provide to keep these organizations moving forward.  And, that is why conventions have became so important to them.  So, for CANA – and soon for NFDA – the inability to have some type of gathering where some revenue can be brought in makes the prospect of losing a convention worrisome.

So for those two reasons, member camaraderie and finances, it is pretty imperative that these types of organizations have a convention — even if not in a conventional format.

Well, last week CANA held its first ever “Virtual Convention” as its 102nd convention. . . .knowing that numbers 1 thru 101 were “In person” conventions, that title as the first virtual convention meant that the convention would be different just by that nature alone.

Probably more for inquisitive sake more than any other, I registered and I tuned in.  The reality is that for the past five months and the foreseeable future, we are living in a new COVID world.  My wife, Angie, and I have a new schedule and we have learned to have different expectations of things.  For instance, we have learned that our cable television provider has about nine free movie channels with almost all of them scheduling movies at 7 pm Central time every night.

We are empty nesters and after dinner in the pre-COVID world we would go our separate ways.  She would go to the church or the school where

she volunteers or to the grocery store and I would take off for an athletic event to watch or simply drop by the funeral home to say hello to families that had visitations going on.  Well now, many times we watch movies. . . . . its a different life, but not bad. . . just different.

I found that the same was true of the CANA convention. . . . it was different, but it was pretty good.  Speakers, much in the form we have become used to in the COVID world in the form of Zoom or webinars, were informative and brought knowledge based learning to those that tuned in.  The “Exhibit Hall” was different but if you wanted to get to know about products or services there were ways to get to do so with chats or video chats.

And, I enjoyed the “Networking” room where different registrants and exhibitors could be sharing thoughts, ideas, or just hellos.  It was in this networking chat that I found myself “bumping into”, because I could see their names come up as participants, old acquaintances that I was able to reconnect with through private chats that the virtual convention offered.

I later asked Barbara Kemmins, Executive Director of CANA her thoughts on the Virtual Convention.  Here is what she shared with me, “The only aspect of a convention we couldn’t provide is a respite for attendees from their work or the opportunity to explore a new city.  That said, participants report that they are still experiencing high energy of a keynote presentation, and the joy of “bumping” into someone they haven’t seen for a while in a chat.  It is a different experience, but still engaging.”

I know that I am a “people person” so I am hoping the world can get a handle on the COVID-19 pandemic sooner rather than later.  I’ll be really happy when we move out of the COVID world of doing things.  And, I do want to get back to an in-person convention.  However, while we are still in that COVID world, the CANA Virtual Convention showed that a convention or gathering of industry people can be done in a format that can be enjoyable to the participants.  My guess is that even in a post-COVID world there will be room for virtual conventions as organizations see fit from time to time.