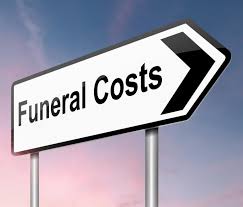 Over the holiday weekend Fox Business published the article referred to in our headline here.  It’s an article that is actually positive to the funeral industry but does tell of the fact that eventually, as costs rise, funeral costs to consumers will have to rise also.

The article points out that even though the United States Labor Department showed that inflation rose 8.6% in May 2022, the cost of funeral services went up only 2.7%.  It compares that number to a 2017 report that says the price of funerals had risen by twice the rate of inflation over the past three decades in the United States. . . . . and the article warns, that even with the best efforts at holding costs down to consumers, “funeral homes may not be able to continue holding down rates much longer”.

George Kelder, CEO of the New Jersey State Funeral Directors Association is quoted in the article when he says the following, “Funeral home owners, managers and advisors are going to do what they can to hold the bottom line together. But, at the same time, in some point in time, it’s got to change. . . deliveries, supplies, fuel and the like, price changes are now occurring every three to six months.”

Kelder continued, “We are also coming out of an intense 2½ years of [a] pandemic, so we can’t simply brush off everything that is financially affecting our ability to deliver those goods and services while endangering our ability to survive in the current rapidly changing market. . if we don’t see the stock market rally and fuel prices go down and interest rates adjust and inflation gets where it needs to be, every facet of life is about to change, including the funeral arrangements.”

Finnerty also mentioned that she sees families trying to cope “by pre-arranging and pre-paying for their funeral, setting up a GoFundMe to help with costs and having multiple family members/friends chip in to help financially.”

Funeral Director Daily take:  I know funeral directors are good people who want to take care of the people that they serve from their communities as economically as possible.  Unfortunately, for death care operators, costs driven by an inflationary environment we find ourselves in, are increasing rather rapidly.

I do take with a grain of salt the 2017 report that indicated funeral costs rose at twice the rate of inflation over the past 30 years.  The fact of the matter is that over that time period funeral providers built up their facilities and staffing to provide what the consumer wanted.  For instance, the days of a funeral home being located in an old house with very few amenities was going by the wayside in favor of designated facilities that not only were more spacious and plush, but had dedicated facilities for receptions and even children’s rooms.  The consumer asked for those changes and progressive funeral homes responded by providing such. . which in most cases raised the costs of doing business.

That brings us to today, however, where we may be in a situation where the consumer wants — or simply wants to pay for less —  and some providers may find that they are  overbuilt for some of the contemporary death care choices.  Cremation and direct cremation now use less of those facilities than the traditional casketed services of the past, but many funeral home providers are caught with the high overhead of large funeral home facilities. . . .and that can be a problem when pricing your services to the competition   —  of which some competitors may be new “niche” operators without high overhead costs.  For instance — in Great Britain we are now seeing an almost 20% usage of Direct Cremation with no services.  My opinion is that growth is coming partly because of cost issues, but also partly because of the consumer’s simple desire for less traditional services going forward.

As consumers are being beat up by inflationary pressures at the gas station, grocery store, and by the utility companies, death care providers need to make smart decisions of how they will price their services moving forward.  And, those decisions may not only be in pricing, but it may be that those businesses have to look at how they are allocating their overhead costs also.