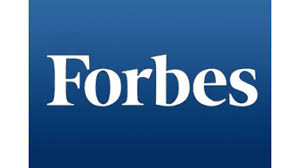 In this day and age it seems that when you are reading a newspaper or watching television for the news, it is not only enough to read or watch, but you may find it necessary to know the political persuasion of the entity presenting the news to get an accurate read on it.  You have certainly learned that there is a different slant to the offerings of MSNBC as compared to Fox News or that there is a difference of opinion between the Washington Post and Washington Examiner.

However, in my reading I’ve found that periodicals or papers such as the Wall Street Journal, Barron’s, or Forbes seem to just give the news, and in some cases non-company bias opinions on differing subjects.  Quite frankly, it is refreshing to see that.

That’s why I was so excited to see this article in a recent edition of Forbes.  It is an article that comes from their “Retirement Section” and is authored by Sara Zeff Geber entitled “The neglected piece of retirement planning”.  It is a very good pro funeral article where Ms. Geber advocates for pre-death funeral planning.  She even relates a story about her father’s pre-planning and how it helped her deal with all of the issues that came up during the time of his death.

She even comments, “I won the jackpot when it came to having a parent who was smart enough and went to the trouble to include this piece of planning”.

I would go as far as copying this article and having it available to read or read from it when you are visiting with groups about pre-planning.

In today’s afternoon edition we also have links to some important National Funeral Director Association information.  One is a seminar/webinar on connecting with the LGBTQ community which offers CE credits and the second piece of information is, that until August 24, Amazon is allowing priority for NFDA members to secure PPE from them.