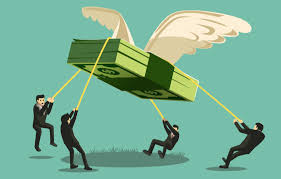 If you have followed my writings for any length of time you know that I look to emerging trends to get a “gut feel” on what is going to be happening in the business world.  Getting that gut feel doesn’t always lead to making fundamental business decisions, but it does lead me to continue watching on the trends and gut feel thoughts with a more precise eye on what is happening.

For the most part of the last two decades America has been in a state of very low, by historical standards, inflation.  People will argue why that has been.  Regardless of the reason, low inflation leads to a stable business economy which can be fairly predictable and with one result of low inflation being low borrowing rates, it makes for a good environment for business and business expansion.

An example of low inflation rates is that in the past five years in the United States our highest rate of inflation was in 2018 with a rate of 2.44%.  With that example, a price increase of only 3% on your death care services and merchandise will actually gain on margin as theoretically you had a 2.44% cost increase.

However, I’m starting to get this feeling that inflation may be moving in a higher direction. . . .and I’m starting to watch.  For instance, Angie and I wintered in Florida for the first time in our lives this past winter.  From our home to our rented condo in Florida it was approximately 1,986 miles. . . . and I got 26.3 miles to the gallon both ways!!  I know what I paid for gasoline on the way down in early January and what I paid for gasoline on the way back in March. . . . . and, it was more expensive in March.

Angie tells me that groceries seem to be more expensive than what they have been in the past. . . . and even the pizza shop has raised prices.  And, I asked a contractor about a little remodeling work at our lake cabin. . . . he gave me a price and told me that lumber prices are up and labor costs are on the rise. Finally, I talked to a friend of mine who has nine semi-trucks on the road 24/7.  He told me his fuel cost has increased a total of $4000 per week in the past couple of weeks. . . . that’s a $200,000 increase in a year’s time.

So, think about that. . . .he delivers products to retail establishments.  That fuel expense will cause his operational costs to go up, so he has to charge the store a higher delivery charge, and that store has to recover that cost by charging the consumer more for the product.  In essence, all of a sudden, our dollar buys less at that store.

On the cost side, if a dollar buys less, eventually your employees will need increased compensation.  Savers will want more from their investments so they stay closer to having the same buying power, that will cause lending institutions to raise rates. . . . .your utilities will probably go up in price.  The list can go on and on.

If you do anticipate higher rates of interest, now would be a good time to tie in lower rates for your debts for a longer period of time.  I’m seeing public companies, including some in the death care business, converting some of their debt instruments already.

Death care has historically been immune to periods of high inflation.  However, that was in the days when American death care was virtually one dimensional — full service funerals with embalming, a casket, visitation, and a service.  Funeral service providers could increase their prices because consumers didn’t have readily available lower cost options that they deemed acceptable at the time.

I think today the ability to raise prices to cover higher than average inflation will need to be more strategic than when I did so in the 1980s.  Consumers have options. . . and a rule of economics is that as prices rise consumers evaluate their options.  Death care providers will have to weigh the options on raising prices that could in effect, lead to more low cost alternatives being chosen, rather than client families paying the higher costs of their current choices.  I don’t think it is as simple as it was when I was in the management chair making the decisions.

And, what about preneed and those that “guaranteed” funerals based on the preneed amount.  If costs “inflate” faster than insurance companies can increase death benefits, a funeral provider will have to assume some shortfalls as well.  If higher than average inflation takes place, this has to be part of your budget decisions as well.

I hope I’m wrong on my trend spotting this time.  Higher inflation is not something that is guaranteed, but it is worth watching closely.