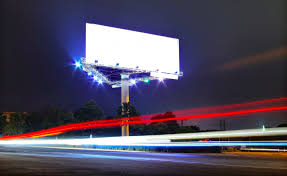 I think I am very much like most people in that when I see something that pertains to something in my life I generally pay attention.  Today’s article emanates from some things I saw or heard over the last week.

First of all, I am an investor in a small private company that rents billboard space as well as borrows money to billboard company operators who want to build new billboard platforms.  The CEO gave me a call last week and let me know what I could expect sent to my account concerning our 4th Quarter dividend.  I’m very “hands off” on this company, don’t visit with the CEO very often, but was happy to hear about our financial return for the quarter and year.

Secondly, I woke up Saturday morning and in looking at what investment articles that I had received from Seeking Alpha I noticed one that dealt with Billboard REITS (Real Estate Investment Trusts).  Since it was about billboards and I’m an investor in a billboard company, it was of interest to me.  You can read this article here.

In essence, what this article told me that I was interested in was where will companies be spending their advertising dollars going forward.  It will not surprise you that Internet/Digital mediums are expected to show the most growth.  What did surprise me is that the Out-of-Home advertising medium (OOH) which includes billboards was expected to be the second fastest growing segment.

Here’s how they were rated for expected annual spending growth from 2019-2023:

My opinion is that a large part of funeral home advertising and branding should be in building “Top of Mind Awareness” (TOMA) for your community of service.  Here is an article that Funeral Director Daily did on that topic last year.

because of the image that we built into “Top of Mind Awareness” via consistent advertising on radio, in the newspaper, and on billboards.

Again, in my opinion, especially in smaller communities, billboard and newspaper can help build Top of Mind Awareness if done consistently.

Matter of fact, Funeral Director Daily is a TOMA builder, thru digital or internet marketing,  for those in our industry marketing to our industry rather than consumers.  Ads are seen daily, and over time, remembered by those who see them.  That is how TOMA works.

However, while billboards and newspaper have always been good for TOMA building, if you are not doing it already, it is time to look into digital.  People who choose funeral homes for services and are building brand awareness are using their computers and phones in an ever increasing propensity. . . . and as the figures above indicate. . . it is going to continue to grow.   Now is not the time to be stubborn and refuse to look at digital ads — just because you have never used the medium before.

And, I would suggest that you find an expert to explain the digital marketplace to you.  Without proper knowledge you can spend money in the wrong places.  It’s best to get some advice on how and where to allocate your budget.