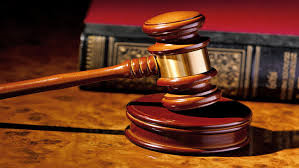 According to this article from the Manistee News, a former funeral home manager has pleaded guilty to taking over $223,000 in pre-need funds.  The plea would assure the defendent, Mr. Denis Johnson, age 69, of Manistee, Michigan, that he would serve no jail time as long as restitution to the approximately 60-70 victims is completed within one year.

At least one relative of a victim stated that she believed the plea bargain was too lenient of a sentence.  “I guess all they’re going to do now is hope to reimburse all the victims, but no interest, and if he pays it back — no jail time. I think it’s outrageous,” was the comment from the article.  In addition, the same person said she believes that accrued interest on the amounts would not have to be paid back either.

Again, according to the article, the Johnson Funeral Home that Denis Johnson managed was closed in 2017.  Mr. Johnson is expected in court to be sentenced on March 16.

More funeral home trouble — We also came across this article about charges being levied against the owners of the now closed Nyman Funeral Home of Logan, Utah.  The article states that over $770,000 from 111 preneed accounts was not placed in escrow for client use but was used to buy personal items for those charged.

Funeral Director Daily take:  For the over two years now that I have been writing Funeral Director Daily I have published very few of the items related to accusations of improprieties against funeral homes or funeral home employees that have came to my attention.  One of the things that breaks my heart as someone who has worked in this profession for 35 years is the large number of these types of incidents that are in the news.  Virtually every week I could write the type of article that you see above.  Quite frankly, I wrote on a case last week of a Pennsylvania funeral home under suspicion.

Both of these articles in today’s edition were in my funeral home “leads” for articles on the same day just last Saturday.  I have no malice towards, nor know either of the accused in either of these articles.  I include them today simply for the fact that it is my opinion as a funeral director, who asks for the public trust in what I do, that we as an profession move forward to try to stop these type of alleged incidents.

While I have no answers or suggestions, I just hope that as a profession we are doing all we can to maintain the public trust in our profession.  My dad used to say, “It is an honorable profession.  People look to us to help them at some of the darkest times of their lives.”

For the sake of all of us in the profession, I hope we can keep that public trust.