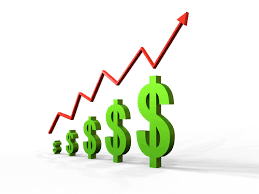 I was driving into a board meeting on Monday and listening to one of the business channels on Sirius Radio.  The topic that came up and was being discussed was the potential acquisition of Fox by either Disney or Comcast.  As you may know, Fox  was given an acquisition offer by Disney last December at about $52 billion.  Just recently Comcast entered the fray and offered about $65 billion for the company.  The stockholders of Fox have yet to respond to the offers.

What I found was very interesting is that the commentators on the business channel mentioned that, at least for the short term until the purchase has proved accretive to the acquiring company, they believe that the stock of the company that purchases Fox will go down and the stock of the “loser” in the purchase battle will go up.  The thought process took into consideration the difficulties of  “melding” the  two companies as well as the amount of debt that the purchaser will have to take on.

So, it made me think, if your funeral business was a public company and you acquired another location, would the public perception push your stock up or down?  Do you have what it takes to “meld” the two businesses as well as the cash-flow to handle the debt?

It is interesting to me that, in my opinion, the media business and the funeral business have some things in common as to the future of their business models.  Cutting the cord, streaming, and the like have become major disruptors in the media business much like direct cremation has become an income disrupter in the death care industry.  My guess is that as revenue drops over time for the “winner” of the Fox sweepstakes, stockholders will be concerned on the debt repayment.  I’ve seen this on both fronts — as a funeral home owner and as a board member of a Big Ten university in dealing with media rights for sporting events.  While full service funerals – and today’s media rights – give us plenty of cash to operate with, we do have to be cognizant of what will happen to our businesses, and our debt obligations, if our revenues from those channels drop due to a change in consumer attitudes.  That is why the commentators on the business channel I was listening to predict a drop in enterprise value of the company that “wins” the Fox acquisition.

Bringing this back to the funeral industry – it is pretty common knowledge that as direct cremations rise you need more cases to bolster the business.  The easiest way to build case volume is through acquisition, but is an acquisition to build case volume a good idea regardless of the cost?  That is the million dollar question facing those in funeral service who want to grow.  As more firms pursue growth it is conceivable that they bid up the price of the desirable firms where a “tipping point” comes that is just too much to service the debt as direct cremations (and less revenue per case) grow as the modus operandi of funeral service firms.

Couple that with potential interest rate trends in the economy and you will understand that sometimes – if the price has became too high – the best decision may be not to purchase.  I go back far enough in the funeral industry that I can remember the bidding war for the approximately 200 location Prime Succession.  The price eventually agreed upon and paid by the Loewen Company may have been over that “tipping point” and been the major reason for the bankruptcy of Loewen.  Maybe that will eventually happen in the Disney/Comcast/Fox transaction – who knows?  Interesting times that we live in.