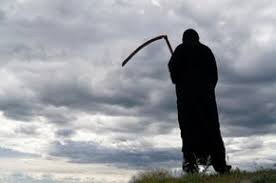 An article in the Minneapolis Star Tribune which you can access here was headlined, “U.S. overdose deaths hit a record 93,000 in pandemic last year”.  The article went on to say that the calendar year 2020 saw a record number of deaths due to drug overdoses in the year. . . an increase of 29% over the calendar year total of about 72,000 in 2019.

To put that in perspective, the estimated death rate for 2020 from the Census Bureau using those numbers equates to a death rate in the U.S. of 10.4 deaths per 1,000 people — the highest death rate since America’s involvement in World War II in 1943.  Earlier estimates by the Census Bureau in 2017 did not expect the United States to reach 3.4 million deaths until 2035.

Here’s some interesting facts from those articles:

When it comes to the overdose death rise, the article mentions that “there is no evidence that more Americans started using drugs last year. Rather, the increased deaths most likely were people who had already been struggling with addiction. . . . “.

The article also points out that “lockdowns and other pandemic restrictions isolated those with drug addictions and made treatment harder to get.”

The article also points out that the 93,000 overdose deaths is staggering when taken in the historical context.  For instance it is pointed out that “According to the CDC, there were fewer than 7,200 total U.S. overdose deaths reported in 1970, when a heroin epidemic was raging in U.S. cities. There were about 9,000 in 1988, around the height of the crack epidemic.”

Finally, the article says that “The proliferation of fentanyl is one reason some experts do not expect any substantial decline in drug overdose deaths this year.”

Funeral Director Daily take:  These are sobering statistics for certain.  Being a front-line funeral director for over 35 years I’ve had my share of arrangements with families who have tragically lost loved ones.  The emotional toll it takes on those in the profession can be quite severe.  Especially after a year like 2020 I would encourage each and every funeral home employee to visit with your colleagues and make sure all is okay.  And, funeral home owners and managers make sure that you can provide all things possible to make sure that somebody is taking care of the caretakers.

Enter your e-mail below to join the 2,180 others who receive Funeral Director Daily articles daily: