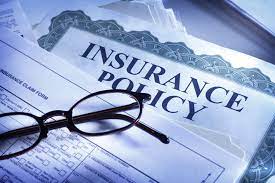 This article that appeared in Newser indicates that American life insurance companies paid out death benefits totaling about $90.43 billion dollars in 2020 – the first year of America’s battle with Covid-19.  It also indicates that was a 15.4% increase over death benefits paid out in 2019, prior to the Covid-19 pandemic situation.

The article also tells us that the 15.4% increase is the largest one-year increase since the (Spanish) influenza epidemic of 1918.  In 1918 American death benefit payouts increased a whopping 41%.  An explanation, according to the article, of the percentage differences between the two years is that in 1918 many younger people died who had, inflation adjusted, larger average death-benefit policies because they were still in the working world and raising families.

In contrast, it is estimated that over 80% of the Covid-19 deaths occurred in those who are 65 years of age and older and, in general, have smaller death-benefit policies than those in the working world.

The article also estimates that 2021 may break the $90.43 billion in death benefit payouts because 25% of the Covid-19 deaths have occurred in the 45-64 year old population. . .a greater percentage of “younger” policy holders than in 2020.  There have also been more deaths.  As a matter of fact, “MetLife CEO Michel Khalaf said the company’s 2021 COVID-19 death benefit payments had already exceeded 2020 payments as of a month ago.”

In contrast to that news, industry rating firm AM Best has revised its rating on the insurance industry from “Negative” to “Stable”.  In doing so, Best noted the following:

Funeral industry specific:  It is difficult to get a great handle on the funeral home pre-arrangement industry because most of the companies in the business are private companies and do not give out their financial situations.  We do get a small glimpse of the trends by looking at what is happening in the Insurance Division of public company Security National Financial Corporation who is involved in the preneed industry.

Here’s what their CEO Scott M. Quist said in the company’s 1Q 2021 report (issued on May 17,2021) pertaining to the preneed division, “. . .low rates and higher death claims have hurt our Life Segment.  In total, death claims increased 37% over 2020 levels with the major part of that increase being Covid related. . . . .While our Memorial segment has experienced higher death counts, a major factor in its increased profitability has been improved preneed sales.”

In essence, much of what CEO Quist says mirrors what AM Best said about the industry in general.

An Interesting Perspective:  The following is taken from Thursday’s edition of Seeking Alpha.  While it relates to health care workers – when I read it I realized it could pertain to those in the funeral home employment world as well.  For many funeral directors, it has been much longer than they thought it would be in relation to the changes to funeral home protocols because of Covid.

Grim milestone: The U.S. just passed 800,000 COVID deaths since the start of the pandemic and many hospitals across the nation are now close to capacity. “We expected this to be a three- to six-month crisis and then we expected it to be over – instead it’s 20 months,” noted Dr. John Goldman, an infectious disease expert at UPMC Harrisburg. “We have been very busy since essentially March of 2020. It is very hard for people to continue that level of intensity.”