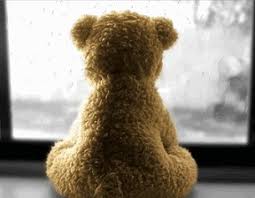 Chalk this incident up to “This should never happen” but it did.  In this article from the Bucks County Courier Times of Pennsylvania we learn of the tale of Richard Geisinger who died in 2013.  The article tells the story of how Mr. Geisinger, who had pre-arrangements for a casketed burial, was instead cremated and left unclaimed in the county morgue for six years.

How did this happen?  Even though he had paid for a casket, bronze plaque, mausoleum crypt, and paid for all entombment costs at a local cemetery his death slipped through the cracks and he was not allowed to be buried as per his wishes.

Here, in condensed form, according to the article, is how it happened:

This issue was finally discovered in 2019 only because a of a newspaper’s project called “The Unclaimed” where the news organization is trying to find out who are the unclaimed of the county.

Oddly enough, the cemetery where the casket and mausoleum had been purchased was able to confirm records that show the cemetery was notified in 2013 and was prepared to deliver the casket to a funeral home and open mausoleum at that time.  However, according to their manager, “No one ever got back to us”.

Funeral Director Daily take:   You can see how something like this can happen if authorities don’t know what funeral home has been contracted for the services.  While it is rare when no relatives are known or are unwilling to help, it should not be an excuse by authorities to fail to do the best that they can to locate potential funeral plans.

In this day and age, using e-mail, it would be simple for a coroner’s office to mass e-mail a list of funeral homes in the county asking if any has any pre-arranged plans for the unclaimed decedent.  That should be the minimal amount of effort that can be done.

Any funeral home that has pre-arrangement plans would be happy to do the work contracted for so that they can collect via an insurance company with death certificate proof.  And, any county authorities should not only want to follow a decedent’s wishes, but removing the decedent from county jurisdiction will save the county the cost of whatever services take place.  In essence, there are final motivations on both sides to find out pre-arrangement circumstances.  Authorities have to give it an effort.

I certainly understand accidents and omissions happen.  However, in a case like this, where a decedent has been responsible and self-reliant to take care of his financial responsibilities through his funeral wishes and does not get those wishes followed, we, as a profession, have to take some responsibility too.