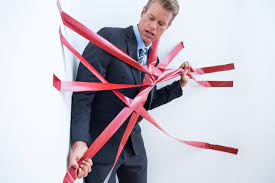 It’s not all that common but it does happen in the death care profession from time to time.  The “it” I’m talking about is regulatory infractions that can cause a funeral home or other other death care business, such as a crematory, to be shut down for some period of time.

When it does happen in the profession, it is rare enough and because it comes from an industry with very high reputatational marks in providing service to families, it does make the news.  Many times it is not even infractions, but zoning issues on crematories that hit the news.  However, in the last few years we have had a Colorado funeral home shut down for purportedly selling body parts and we’ve had a Michigan funeral home come under investigation because dead human fetuses were found on the premises.  We’ve also had some funeral home related preneed sales reps run into some trouble because of how they handled the finances that had been entrusted to them.

Today I bring you this article about a Lewiston, Maine, death care company that has had it license to operate suspended indefinitely because of questions on human remains that were apparently still in the business even though they had reportedly been cremated.  According to the article, a consent decree will keep the business suspended until public hearings can be held on possible next steps of action.

I’m one who believes in the value of regulations.  I think it is imperative that business, including death care businesses, follow regulatory requirements as set out from municipal, state, and federal rules.  That is not to say that I agree with every detail of every mandate, but following regulatory requirements puts us all on a uniform level and gives the public confidence that we do things as required.

With that thought in mind, I decided to look for what regulatory items might be coming our way that are not death care industry specific.  I found this article from business consultant Paychex that lists the “Top 10 Regulatory Issues facing Businesses in 2021“.  I thought it would be interesting to share some of the highlights and if you want to read the entire article just hit the link.

Some of the regulatory items stem from Covid-19 regulations put in during the calendar year 2020.  Here are some possible regulatory issues of note that may be of interest to you.

According to the article, there is bipartisan interest in a permanent federal paid family leave law with several proposals expected in the coming year.

“President Biden has proposed providing a new tax credit for small businesses that offer a retirement savings plan to employees. The proposed new credit would offset 100 percent, instead of 50%, of certain costs involved with implementing a new employer-sponsored retirement plan. Nearly a dozen states have enacted laws to mandate private employers to participate in the state-run savings program if the employer fails to offer an employer-sponsored retirement plan. The new tax credit would give employers more options to consider when complying with their state’s mandate.”

So there you have it.  Just an idea of what may or may not be coming down the road.  I’ve found it is always good to look at potential changes and try to figure out how they would affect your business.  In my career as a business owner, probably more so than any other rule or regulation that affected our business was the Americans with Disabilities Act (ADA) of 1990.  The ADA came with lots of fanfare and a lot of anxiousness on what it would cost business owners.

We just had to plan for it as, in essence, it required that you were able to serve those with disabilities in the same fashion that those without disabilities were served.  You were required to take away any barrier that would not allow this to happen.  For us it meant ramps into the building, ramps up small steps inside the building, and bathrooms where handicapped people could be accommodated.  It also meant some things that we had not thought about that actually made our funeral home more useful to the general public. . . such things as sign language interpreters at services if necessary were one such thing.

While I first looked at the cost to implement these things with somewhat of a negative tone, I soon realized that we could increase market share by doing the improvements in the correct fashion and not skimping.  I still wish that we had put “grocery store” like doors in where once you step on the mat the door opened.  I still believe that is a a great idea for funeral homes where you have such a large number of elderly patrons entering. . . and in my opinion, those doors are much easier to operate than the push button automatic doors. . . One of the things I would do differently if I had it to do all over again.