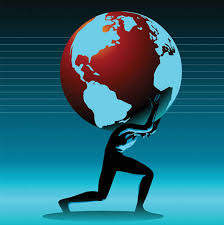 We touched on the subject last week when we did an article questioning how some in authority view funeral directors and other death care professionals in light of large financial fines for a service going over the allotted number of allowed mourners in Great Britain and the death care professionals in Ohio trying to be included in an early tranche of the vaccine distribution.

However, while we continue to hear disagreements about vaccine distribution, school openings, church openings, restaurant openings, mask mandates, financial help packages from Congress, positive test rates, and death rates, we don’t seem to hear very much about the human tragedy that all of the pandemic is causing around the world and those who are working to stem the grief tragedies.

And, some of the suffering that those of us in the developed world have suffered is minimal compared what some people are going through. . . .in the case of whom we reach with Funeral Director Daily, you don’t have to go very far to see the issues our industry has had.  Today, our goal is to illustrate just how universal COVID-19 issues are around the world.  We will bring you articles from three different continents to illustrate how some in our profession are going to great lengths, many times at personal sacrifice, to help those in need.

There is no doubt that the death care industry has been a shining star in carrying out their required duties of the pandemic.  However, these articles, some with videos, will point that it has came with great human emotional cost to many.

“Where is our Humanity”:  A Minnesota man is on a mission to keep Native alive during the pandemic – Minneapolis Tribune.  This article pertains to the work of 50-year old mortician Robert Gill.  Gill, an American Indian, has taken on the responsibility of caring for the Native Americans who have died in Minnesota.  He believes he is the only mortician of Dakota heritage in the country and the only Native American serving that population in Minnesota.  In Minnesota, American Indians have died of COVID-19 at four times per capita the rate of whites and almost double the rate of Blacks.

Today, Gill is seeing about four deaths per week in his population base as compared to about one per week prior to COVID.  The size of Minnesota, and some remote Native American resident locations, sometimes require Gill to drive for a day through snow and sleet just to make funeral arrangements.

As hard as Gill tries to care for these people, he suffers from a guilt when he cannot do more according to this quote from the article,  “Even with a punishing work schedule, he sometimes struggles with guilt over his inability to meet the surging demand for traditional burial services. He knows that many tribal families are being left with no choice but to turn to white-owned funeral homes with morticians who do not understand their language and customs. Without ceremonies rooted in their culture, Gill argues, tribal members are disconnected from their history and unable to mourn properly.”

“Loved ones, not numbers”: Inside a British funeral home as COVID deaths surge – Reuters carried by U.S. News & World Report.  This story and video follows British funeral director Matthew Uden and his staff from the W. Uden & Sons Funeral Home in South London.

The company has historically done about 10 funerals per day but are now doing 15 or more with the funeral homes packed with coffins and always more bodies awaiting collection from hospitals and care homes.

Here’s an excerpt from the article which shows some of the dedication of our colleagues across the pond:

Britain has recorded more COVID-19 deaths per capita than any other country, but Matthew Uden said he refused to be numbed by the escalating toll.

“These are people’s loved ones, they’re not numbers,” he said. “No matter how busy we are, everyone is treated with the same dignity and respect.”

Staff at funeral homes play vital roles in the battle against the pandemic, but often get less recognition than doctors, nurses and other frontline workers.

Britain’s funeral directors arranged around 90,000 more funerals in 2020 than in recent years, according to the National Association of Funeral Directors, a leading trade association.

“In terms of 2021 (funerals), we’re currently about 30 percent up on a normal January/February,” said Deborah Smith, the association’s spokeswoman.”

Uden says, in spite of the COVID situation we are in, he sees signs of hope.  He has seen entire neighborhoods come out of their homes to stand in respect as a hearse drives by.

Unsupported grief is a real reality:  Funeral homes adapt to ongoing pandemic – Global News (Canada).  This article points out that grieving is hard. . . especially when only ten people can gather.

Andrea Warnick, a registered psychotherapist and a member of the Canadian Grief Alliance (CGA), says Canadians are grieving now more than ever and we need a better support system in place.

“Unsupported grief is a real reality during the pandemic … there’s just so many losses right now and people being separated,” she adds.

The article goes on to talk about funeral homes doing what they can to help with the grief even in an environment that is not conducive to holding outdoor services in the winter.

Bolivia funeral homes, cemeteries overwhelmed as COVID-19 deaths mount.  Reuters.  This excerpt from this article puts into perspective what our funeral director brethren are dealing with in Bolivia:

“The bodies of the dead, wrapped in impromptu Andean alpaca wool blankets and blue plastic bags or even packed into suitcases have inundated funeral parlors in the capital La Paz, the hardest hit region of the Andean nation.

Jorge Silva, Bolivia’s vice-minister of consumer protection, said authorities have found corpses strewn on the floors of garages, porches, and hallways of funeral homes, and he accused some owners of seeking to profit from the recent spike in deaths by taking on more corpses than they can safely handle.

“We in El Alto have no place to bring our dead,” said Carmen Apaza of the Taylor Funeral Home.”

Funeral Director Daily take:  I have not worked for over 7 years in the day to day activities of the funeral business.  I will admit that I am somewhat glad that I am not in the day to day environment right now with the advent of COVID-19.  However, I also have feelings like American Indian funeral director Mr. Gill in that I feel somewhat guilty that I am not doing more for those who need our help.

I think that is just the nature of funeral directors. . . we want to help those who are hurting.  It is just who we are.

I’ve never been so proud of the profession that I spent my life working in.  Today’s article is somewhat of a pep talk to those of you carrying on that work today. . . . I hope to relate a message of “Keep going. . . don’t give up now. . . the pandemic will eventually subside.” . . . . . and when it does, you will have the satisfying feeling that you “helped the world thru it!”

God bless you all!!