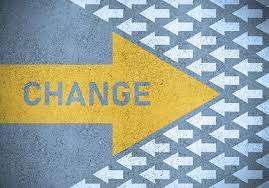 Over the last couple of weeks I have read a couple of articles that seem to indicate a path that death care is going — at least as some people see it.  The first article which you can read here is a public relations piece from the United Kingdom and is titled, “Cultural shifts and word-of-mouth changes UK funeral landscape”.

The second article comes from the University of Chicago News and you can read it in transcript form or listen to it as a podcast here.  It is from anthropologist Shannon Lee Dawdy who believes that green funerals and the Do-it-Yourself (DIY) movement is changing death in America.

Oddly enough, when I read the articles I find a correlation between them in that it appears that DIY services are prevalent and becoming more prevalent due to the ability and desire of consumers to be served in a limited capacity by death care professionals with what has been termed “Direct Cremation”.   The article from the United Kingdom defines Direct Cremation this way, “Direct cremation comprises a cremation without a funeral service, and usually without mourners present. It is an affordable ‘no-fuss’ alternative to traditional funerals and allows mourners to hold a personalized celebration of life separately . . ”

That public relations article gives great credit to the company Pure Cremation for bringing Direct Cremations forward in a widely acceptable scale.  In only six years of operation, Pure Cremation is given credit in England for “fundamentally changing how we think about death”.

According to that article, “The funeral sector is now experiencing the same kind of shift seen with weddings. People are looking for something that authentically expresses personality and relationships, rather than a one-size-fits-all format.  Traditional funerals that follow centuries-old ceremonies are becoming less popular as mourners spurn formality, spend less on the trappings that they don’t value and focus on celebrating the life lived in a less formal manner.”

According to Catherine Powell, Director of Customer Experience at Pure Cremation, “The simplicity and flexibility of direct cremation is really resonating with Baby Boomer generation that has been at the heart of all kinds of social change – from foreign holidays to weddings.”

In the University of Chicago article Dawdy was asked if  “. . . the breakdown of our unified death rituals into individualized practices has been the loss of religion. Does this point toward death of spirituality in American life?”

Her response was somewhat interesting as she explained, “When I started off studying this (differing funeral/memorialization ideas), I thought what we were seeing was a transition to secular death, but this is one of the things where I had to correct myself, because the more that I learned and the more I talked to people, what I realized is that it wasn’t that it was becoming less religious or more secular, (it) is that it was becoming more spiritual. Spirituality is extremely important and underlies a drive or a need for spiritual meaning is really driving these new rituals.”

Dawdy sees “Green Burial” as a coming force in the death care world.  She states, “As education starts to make its way into people’s decisions, and the earlier that they get that information, the more likely they are to opt for green burial if they can. Demand far outpaces supply right now in terms of green burials, but yeah, if I were forecasting or recommending investment, I would say green burial is where it’s at, for sure.”

Funeral Director Daily take:  These are two really interesting pieces.  You may or may not agree with the conclusions of the articles, but they are very thought provoking and do show that death care professionals today need to be nimble in the services that they offer.  The disposition of the deceased body will almost always require a trained professional. . . . . .I’m of the opinion the more prepared funeral/cremation businesses are to help in other aspects of the services, the better and more profitable they will be.