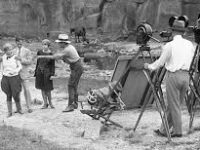 There were a couple of items in the news recently that brought about this headline.  The first was the death and funeral services for young actor Chadwick Boseman and the second item that I caught was the notice that CBS is developing a one-hour drama series that will be called “Closure”. “Closure” is loosely based on Major League Baseball Hall of Fame member, Andre Dawson, and his later life-story in that he purchased a funeral home following his baseball playing […]