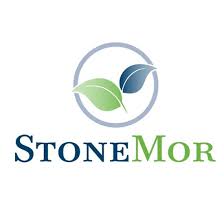 StoneMor’s stock was taken off the public exchanges as of November 4 and will no longer be traded.  Each existing shareholders received a cash payment of $3.50 per share of stock owned.

According to the press release, “StoneMor Inc., headquartered in Bensalem, Pennsylvania, is an owner and operator of cemeteries and funeral homes in the United States, with 302 cemeteries and 74 funeral homes in 23 states and Puerto Rico. StoneMor’s cemetery products and services, which are sold on both a pre-need (before death) and at-need (at death) basis, include: burial lots, lawn and mausoleum crypts, burial vaults, caskets, memorials, and all services which provide for the installation of this merchandise.”

Funeral Director Daily take:  As you may know, Funeral Director Daily has formed the Death Care Index (DCI) that was a dollar valued index representing one share of stock in each of eight death care public companies when started.  StoneMor being taken private brings the DCI down to six companies as preneed provider, and public company, Assurant sold their preneed business last year and was removed from the DCI at that time.

There is a lot of speculation as to what will happen with StoneMor now that it is a private company.  Based on the $3.50 per share price Seeking Alpha calculates that the company had a Market Capitalization of $419.2 million.  With a combined total of 376 properties (funeral home and cemetery) that would work out to a value of $1.15 million per property.

There is speculation from all sides.  StoneMor could continue as an operating entity or it is possible that Axar Capital Management may look to sell properties turning them into cash.  Or, a combination of those strategies could occur.  We do now know, however, that Axar is able to move StoneMor in whatever way they strategize without the requirements of being a public company.

Here is the map of StoneMor properties