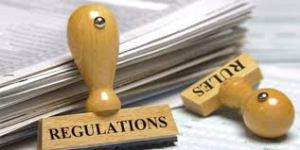 There has been a lot of news in the death care profession in 2019.  There is always the finance news and what is happening with the public companies on the merger and acquisition front.  And, this year we are seeing the fight that StoneMor Partners is putting up to try to become relevant in the funeral, cemetery, and memorial business once again.

Recomposition — This is the act of having one’s final disposition be through what had been referred to as “human composting”.  Driven by one company in the State of Washington, it was legalized in that state during 2019 and this article points out that the company, Recompose, is on the move – not only in raising money for its venture – but it appears working to get the process approved in other states as well.

Landmark Preservation — An interesting situation happened in Denver this year when Service Corporation International wished to sell a funeral building and they faced opposition from the community about what would replace it.  In general, funeral homes, in my opinion, are quiet neighbors in communities.  Neighbors don’t always realize that until they want to move and may be replaced by a high-rise apartment building or some other development.  Here’s an article on the on-going struggle of SCI to sell one of its outdated funeral homes.

Funeral Service and the Supreme Court — It is not very often when funeral service has a case heard at the United States Supreme Court.  However, on October 8, 2019, the Supreme Court heard arguments in the case of Harris Funeral Homes vs. Equal Employment Opportunity Commission.

This case stems from a Michigan funeral home and one of its employees.  In the instance cited, a biological male was in the process of changing his identity to that of a female.  The employee wanted to dress as a female and the employer stated that as long as he was a biological male he had to use the funeral home’s male dress code.

This case is one of three that the U.S. Supreme Court has heard that will help it make a decision on workplace rules as they equate to transgender and LGBTQ rules.  You can see an article on this case here.