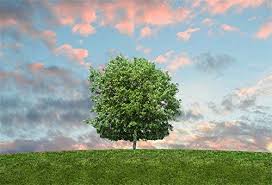 Recompose, the public benefits corporation that is moving the process of recomposition (human composting) into the commercial realm recently held a forum at the Feldman Mortuary in Denver, Colorado.  The forum was used to introduce the idea of recomposition to the Colorado market and also to announce that two Colorado legislators plan to introduce a bill in the next assembly that would legalize the process in the state.

According to this article and news story from Channel 4 – CBS Denver, nearly 80% of Coloradans choose cremation as a method of final disposition.  The article states that number releases a high amount of carbon dioxide into the environment which would be eliminated with the advent of recomposition.

According to founder, Katrina Spade, recomposition “involves placing a body in a vessel with straw, alfalfa, and woodchips — the right mix of carbon and nitrogen.  Within 30 days, the body turns to soil.”

Recomposition was legalized in the State of Washington this past calendar year and Rep. Brianna Titone and Sen. Robert Rodriguez of Colorado hope that Colorado can be the 2nd state in the union to legalize the concept.

It is estimated that the costs for recomposition through Recompose will be higher than cremation but below the costs of a typical burial.

Related — You can see information on the company, Recompose, here.  This link will introduce you to their business plan and their business team and makes note of the fact that the company is actively raising $6,750,000 from equity investors to begin the business.