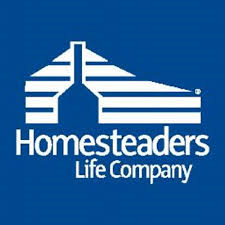 A recent press release by Homesteaders Life Company, a funeral industry pre-arrangement company,  announced that a succession plan for the leadership of the company was recently passed at their May 2017 meeting.  Using forward thinking the board accepted CEO Stephen Lang’s pending retirement in March 2018 and approved the plan to have COO Stephen Shaffer succeed him at that time.

Beginning immediately Shaffer will have an increasing assumption of day-to-day activities at Homesteaders, which is based in West Des Moines, Iowa.  Lang joined the company in 2008 and was named CEO in 2014.

Shaffer joined Homesteaders in 2014 as Chief Operating Officer after serving in C-Suite positions of funeral home acquisition companies Keystone Group and Foundation Partners.  He has also been active as a Funeral Service Foundation Trustee and Board Chair over the years.

Funeral Director Daily take:  Homesteaders has been a solid and steady player in the death care industry as long as I can remember.  The idea of “promoting from within” really makes sense in a business as relationship driven as the wholesale Pre-Need industry.  You, or in this case Homesteaders, has to have built the relationships with the funeral firms that will offer their products.  I’m of the opinion that in this business, it is not always the product, but the relationship, that drives what insurance product a funeral home will offer its consumers.

Stephen Shaffer, much like Lang before him, came into the Homesteader team and learned the company philosophy which, in our opinion, will continue with little interruption.  Funeral home clients like that approach.  However, we also know that Shaffer will have ideas of his own to try out much like he did as CEO of Foundation Partners.  Finally, we believe somebody like Shaffer is a good fit since he has been on the other side of the Insurance/Funeral Home relationship as an owner of funeral homes.  He has walked in the shoes of an owner when looking for a pre-need partner and that should serve him well at Homesteaders.