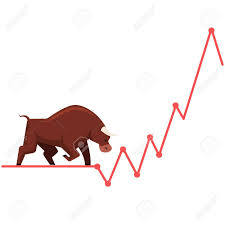 The eight companies that compose the DCI include Service Corporation International (SCI), Carriage Services, Park Lawn Corporation, Hillenbrand Industries, StoneMor Partners, Matthews International, Assurant, and Security National Financial Corporation.  The DCI Index is made up of one share of each of these stocks and that share price is tracked by Funeral Director Daily.

In addition, if you go back to when we reported the DCI in March 2019, and its level at that time of $265.87, it has grown over that approximately seven month period by about 9.1% in contrast to a DJIA growth of about 3.8%.  The annual dividend remains at $5.41 for the DCI which represents a current yield of 1.86%.

Funeral Director Daily take: I’ll again preface that I don’t work in the securities industry nor do I have any representation in the management of any of the DCI companies.  My opinions that follow are given strictly from my years as a funeral director and my interest as a private investor.

So, what is driving this upward movement?  The upward trend continues to be driven by insurance conglomerate Assurant which has about 1/3 of its business in what it calls its “Global Preneed” segment.  While we believe that Global Preneed is probably growing for Assurant I am also pretty sure that their other lines are also helping to drive the price of the stock up.

I’ve also noticed an improved stock price trajectory for some of what I will call the consumer operators in the index.  While SCI’s stock has had a solid movement upward with a two steps forward, one step backward history, we have noticed that operators such as Carriage Services and Park Lawn Corporation are both 30-50% above their 52 week low stock prices at this time.  I believe that those prices have moved as investors may believe some of Carriage Services issues with growth may be behind them and, at least at present, investors are giving credence to the fact that Park Lawn Corporation may be able to spend heavily on acquisitions without hurting their current profit margins.

SCI, Carriage Services and Park Lawn Corporation all report quarterly earnings in the next couple of weeks (SCI and Carriage Services this week) and those numbers will give us more indications on how these companies are doing with their individual plans.

Hillenbrand Industries has been a drag on the DCI as the stock price has dropped to $31.52 in the past year from a 52-week high of over $50 per share.  My belief is that it is not the Batesville Casket Company, who we believed has performed quite stellar, causing this drop, but investors worrying about Hillenbrand’s large acquisition, and debt that may result, of Milacron Holdings to the Hillenbrand family of companies.