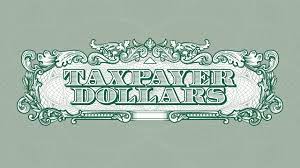 “Blessed are those that mourn, for they shall be comforted,”

It is something that always seems to be around the nexus of free enterprise and government intervention or regulation when it comes to the death care services of those poverty level citizens of our communities.  The “It” is the debate about the value of what funeral directors provide and what the community coffers are willing to pay to properly care for their economically disadvantaged residents.

The conflict is somewhat unique in that, at the end of the day, no one wants to end up at the funeral home, but at some point in time we all do.  And, it is also unique in that some type of disposition of the deceased must take place for the well being of society — dead bodies just can’t be left in the street or in the hospital or at home — someone has to care for them.  The conflict then boils up on the decisions affecting how much a funeral provider should be paid for this essential service from their community for this service.

According to Ms. Boyes, the New Zealand Funeral Grant was last revisited 20 years ago.  Today the grant stands at US $ 1,461 per death and as Ms. Boyes states, is woefully inadequate.  The article points out that amount is approximately 37% of the cost of a simple funeral cremation and only 29% of the cost of a funeral and burial.

Often times, Ms. Boyes comments, “Our members often see families choose a cremation when a burial might be more appropriate for cultural or religious reasons.”

The New Zealand FDA is proposing an immediate increase in the stipend to US $ 4,037 which they state would cover 80% of the cost of a simple funeral with a burial.  Ms. Boyes commented on that ask, “Compared to the other asks and investments that will be made during this year’s Budget, we don’t think this is asking for much for some of society’s most vulnerable. There are also downstream savings – we know not being able to farewell someone can contribute to poorer mental health outcomes, which might later be a cost to Government.”

Funeral Director Daily take:  It doesn’t matter what country that you operate in, this conflict between caring for the underprivileged and paying for the underprivileged is apparent.   Funeral directors and funeral home owners are generally benevolent souls, but over time some funeral homes believe that they are being asked to subsidize these types of care services on their own with little help from their taxing authorities.

And, what about the question that if the money available is only so much that some families have to choose a disposition method that may be against their religion but have no other option because they cannot pay for a different option?  Should taxing authorities have the ability to order direct cremation if that is the least expensive to the public coffers?  Should indigent mourners without payment proceeds have some say in the disposition method?

These are difficult societal questions that it seems no one wants to firmly answer.  I can remember back over twenty years ago when one county in Minnesota proposed “cremation only” for Social Service recipients. . . .an uproar ensued and that didn’t last long. . the practice returned to families getting a choice.

We now live in a world where everyone can vent their opinion. Funeral directors want to be paid commensurate for the services that they provide. . . but taxpayer money also needs to be guarded and regulated.  The question is. . . .”How do we do that and keep everyone — deceased and family, funeral director, and taxpayer — happy about the situation?”  Like a lot of other governance issues. . . . .I don’t think that there is an easy answer.

Enter your e-mail below to join the 2,702 others who receive Funeral Director Daily articles daily: