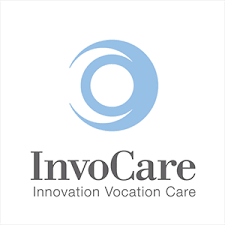 Online memorials seem to be one of the likeliest winners among potential start-ups in the Death Care space. . . . at least that is what it is looking like from the investment community.  According to articles that we link below it appears that over the summer months the Australian based Memories has raised over $34 million, which if in Australian dollars is still impressive as it equals about $25 million U.S. dollars.

InvoCare, a public company and the largest owner of funeral homes in Australia and New Zealand has invested $4 million ( US $2.9 million) into the Memories company.  InvoCare CEO Olivier Chretien’s thoughts about that investment are captured from this article in Australia’s Financial Review:

He thinks digital memorials and the use of live-streaming at services will become more and more popular, and the situation will not revert to previous practices once the pandemic is over. “I think it’s here to stay,” he said. The younger demographic in particular wanted a permanent digital presence to remember loved ones, and to celebrate the life of people online.

In the same article, Memories CEO Tom Ainsworth says, “. . . the number of members on the books of Memories had just reached 6 million, compared with 30,000 a year ago. It operates in 195 countries and momentum is building.”

According to this article from Smart Company, Ainsworth says that Memories now has about 1.8 million memory pages which marks a 61% growth rate from August of last year.  He continues by saying that the “business has proven it has global appeal and he’s planning on investing in marketing to continue organic growth in regions such as the U.S. the UK, Canada, the Philippines and India.

Ainsworth claims in the same article that Memories is “. . .the market leader in that newly created category”.  That category being the “digital legacy” category.

Funeral Director Daily take:  The disposition of human remains has been the financial backbone of the Death Care business for over 200 years.  By that I mean that it has been the preparation, burial, cremation, or other disposition along with a service to memorialize or celebrate a decedent that has driven death care profits since we have had the first funeral directors in America.

There will continue to have to be disposition of the human body into the future including new ideas on how to do that such as natural organic reduction, alkaline hydrolysis, green burials, and more.  However, when you see the universal appeal of things such as online memorials coupled with the growing Direct Cremation No Services (DCNS) movement at low cost, you begin to wonder if the profitability structure of the business will change.

One thing is certain. . . there are plenty of investors trying to find that “next thing” in Death Care.  It doesn’t seem like there is any shortage of investors willing to step up in online memorials, direct cremation, new ideas for disposition, and even in the tried and true old format of building death care funeral and cremation disposition corporate models through acquisitions.

We found two articles that rate the online memorial platforms available to the consumer.  Here they are: