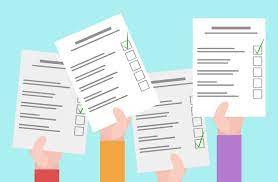 Every once in a while I will come across a survey on some aspect of the death care world that doesn’t quite jive with what I’ve been led to believe.  Normally when that happens I’ll find out the survey was constructed and completed by some one from outside the traditional death care world.

When that happens I always find it interesting to look at who commissioned the survey and who took the survey.  That happened the other day when I found a 2020 survey put out by Choice Mutual Insurance, an independent insurance agency that promotes among other products, Final Expense Insurance Plans.

Some of the surveys from outside the death care world end up being of great interest to me simply because they many times take a different viewpoint that those of us rooted in the death care business don’t always think about.  I’m not so sure that this is one of those in-depth surveys, but there were items of interest that I gleaned from it.

I first noticed something I thought was amiss in the results when a headline mentioned that 44% of Americans prefer cremation and 35% prefer traditional burial.  Most in the death care profession would guess that that cremation preference number is far too low.  And, those two numbers also only total 79%.  However, I later noticed that a full 20% in the survey answered that they 1) Don’t care, 2) Wish to donate to science, or 3) Prefer a natural (green) burial.

Those findings and then finding out that a full 70% of the respondents were under 54 years of age and 34% were between the ages of 18-34 caused me to dig deeper into the findings.  Here’s some items that I found in this survey:

Permanent Memorialization will continue to go away.

Financial Reasons and Religious Beliefs weigh less into the decisions than I thought.

A couple of other interesting items from the survey —

My thought process on this survey somewhat relies on the fact that 70% of the respondents are under 54 years of age.  I think that fact, that for a death care survey, the respondents are so “young” gives reason to the idea that some of these preferences could change.  I certainly can see cremation and alternative disposition methods growing and burials declining among these younger age groups. . . Matter of fact, I think that is an accepted fact in the death care profession.

However, what these eventual deceased people do with their remains from cremation, alkaline hydrolysis, natural organic reduction or other disposition methods is, in my opinion, still very much up in the air.  Will the remains be put in a cemetery with permanent memorials or will we become a society where permanent remembrance is not important and have remains put into solidified remains, or jewelry, or on a coral reef, or spread in a favorite location. . . . all of which move in the opposite direction of permanent memorialization over time.  I think it is an interesting question.