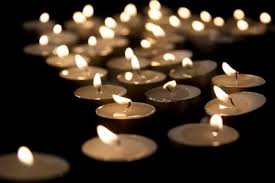 Church Times, a publication in Great Britain, came out with what I thought was a truly thought provoking article last week concerning the growing trend of direct cremation and what that means for the greater church going forward.  You can read the article here.

In essence they talked about the change in society from what at one time was even poor people saving money for a “nice” funeral so that their family  would not be shamed by a “pauper’s funeral”.  The article goes on to say that today the simplest and cheapest “body-disposal” option is becoming the “fashionable choice”.  Nick Gandon, a funeral directer was quoted as saying, “I would guess they (direct cremations) now account for seven to ten percent of funerals.”

The article also talks about the national company, Pure Cremation, in Great Britain.  They charge about $1,700 US and will collect the body, cremate, and deliver the ashes for that fee.  They advertise, “No Mourners, No Ceremony, No Fuss”.  Here is a link to their web-site.

The article also goes on to tell of some of the reasons that people are choosing direct cremation more and more.  You have seen most of the reasons, but one that the article points out, points the finger directly at us funeral directors.  They point out that direct cremations may appeal to some funeral professionals.  Professor Doug Davies of the University for Durham’s Center for Death and Life Studies points out that they (funeral directors) are the “gatekeepers of the process” and a simple disposal is sometimes just the easiest for them to organize.

Finally, the Church questions their role and the role of faith in the direct cremation decisions.  One thing that was pointed out that was very interesting to me is that the traditional funeral and its faith protocols is/was very much forward looking such as the gift of eternal life with the resurrection.  Today, in contrast, memorial services or celebrations of life are becoming “retrospective” – mainly celebrating a life that has been lived, reminiscing of the past, and not forward looking with the faith element.

The article concludes that because of this, the Church is losing out on an opportunity to help mourners through the grieving process. An actual quote from the article is, “The no funeral option removes a valuable pastoral opening”.

Finally, the Church concludes that it cannot stand by and watch the demise of the traditional funeral and thereby forfeit this pastoral duty. They indicate that they need to pioneer ways to be relevant in the direct cremation process.

Funeral Director Daily take:  This was a really, really interesting article.  How many times have you served families where it was the only time that the family visited with a member of the clergy?  Churches are now realizing that they are missing this mission opportunity with “Celebration of Life” services and direct cremations with no service.  There are some really good points in the article and maybe we have all been a little lazy at times in not including the church when they could be of help.  Of course, we’ve all been on the end when the church was not so anxious to help either.

The best articles I read, don’t have all the answers, but give us questions to ponder.  This is one of those.