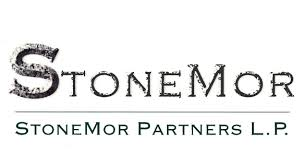 StoneMor Partners issued a press release last week that it will not file its Annual Report on Form 10-K for the fiscal year ended December 31, 2017 by its due date of April 2, 2018.  They are seeking a waiver to extend the date by which the Form 10-K must be filed.  You can read the press release here.

In the same release StoneMor also provided preliminary unaudited financial information for the 2017 year.  Here are some of the highlights: