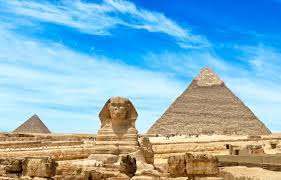 Deaths will always be with us.  However, the way we ritualize death and provide permanent memorialization for our loved ones seems to be ever evolving.  I believe that permanent memorialization has been under attack for a long time and faces long-term decline, but I also believe that ritual, and the way it evolves, may bring many opportunities for funeral homes that embrace some of the change.

I come from a community in Minnesota that was settled by predominantly Scandinavians and the religion of choice was either Lutharanism or Roman Catholocism.  During my time of service in the death care industry (1980-2013) funeral services were predominantly ritualistic within the confines of those two churches – and held at those churches.  I doubt there were any Lutheran funerals where the clergy did not quote from First Corinthians Chapter 14 –“He is sown in dishonor, he is raised in glory. . . .he is sown a natural body, he is raised a spiritual body”.  That sense of ritual to the Greatest Generation, and those from earlier periods, gave great comfort.

And then, those people were memorialized in a cemetery with a monument or in a columbarium or mausoleum with their name prominently displayed for future generations to recognize a life that has been lived.  It is just the way things were done.

Rituals can change . . .and they have changed.  Over time, what is important to one segment of society may change and not be so important to a succeeding generations.  And, with the declining interest in church among the American public we are seeing those rituals change for funerals.  Yet, I think many believe that some type of service is necessary for “closure” – however, you define that – for those with a relationship to the deceased to move forward.

However, that “closure” now comes in a different way then the traditional Greatest Generation church service.  And, it is with these new ways or ideas that, in my opinion, gives funeral homes the chance to rise to the occasion  and give the services necessary for this mourner comfort.  Here are two examples that I read about just this weekend.

So, while I am satisfied that ritual about loss (deaths) will continue to be with us and the funeral homes that do it properly will be successful, I worry about “long-term” memorialization and recognition, for the long-term, of lives that have been lived.  Cremations with scattered ashes or

green burials  —  below we give you a link to a coming Cremation Association of North America webinar about Green Burials (and a true green burial leaves a place imprint , but no recognition imprint of the deceased).  When looking at the numbers that choose these options, one would have to conclude that they have little fondness for permanent recognition or memorialization of their loved one.

If we look at permanent memorialization we can go back to the pyramids where the Pharaohs and their queens were entombed to memorialize forever their lives.  The step pyramid of Djosen is believed to have been built in the 27th century BC. . . a period of about 4,720 years ago. . . . and we’ve been memorializing lives that have been lived ever since.  However, that seems to be coming to a stop if we look at the trends of cremation scattering and green burials (CANA says that 54% of Americans are now thinking green burial).

While people have differing views on this subject, my father has been gone 43 years, my mother 9 years, and my younger brother 27 years.  I don’t know what I would do if I could not go and visit them at the cemetery on Father’s Day, Mother’s Day, or my brother’s birthday.

The Spanish born philosopher George Santayana made this quote in the early 1900’s, “Those who cannot remember the past are condemned to repeat it”.  Isn’t memorialization good for society?  The pyramids remind us of “too harsh rule” by the pharaohs, statues in America remind us of our not perfect past, but they also remind us of heroes — such as the 9/11 Memorial or the graves of the Pacific at Punchbowl in Hawaii.

Many families choose no perpetual memorialization for their loved one. . .I understand that and that is their prerogative.  However, count me as one who believes that both ritual and memorialization are necessary for a healthy society.