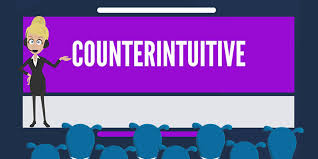 Louisiana funeral director George Charlet has summed up the cautions surrounding this year of COVID-19 deaths when he was faced with the idea of his mother going to a funeral.   He commented on that idea by saying, “I just kind of wish people used more caution and took advantage of writing a condolence letter.   It’s a weird place for me to be.  It’s counterintuitive to my livelihood.”

I think that is the paradox many of us in the funeral profession have carried with us this year of 2020.  Charlet doesn’t believe, however,  that people don’t need the human emotions that going to a funeral or getting grief relief from people attending a funeral in your family can give.  As a matter of fact, he says in this article from The Guardian, “Humans kind of need that ritual of saying goodbye.  You have to acknowledge someone’s death.”

I think Charlet has really figured out the paradox that many in the profession have felt this year.  We work in a world where we believe it is our duty to help those who have lost loved ones deal with that grief.  And, we understand that having others from our community and social circles be around the mourning during this time of loss, helps with that process.

However, for the past nine months we have realized that having those people around during this important time may certainly be hazardous to the health of all.  There is no doubt. . . that realization has changed our behaviors.

For me, a retired funeral director who has a lot of connections in my community, I used to love to go to the funeral home during the early evening visitation to pay my respects and get to see all of the family members.  Some of those times, I have to admit it was maybe more for me than for the grieving. . . . I got to see and visit with people I may not have seen for sometime. . . and that catching up was always good for me.

However, in this COVID-19 year, I have taken to trying to stay safe for myself and my family.  . . . and in the chance that I had caught the virus. . .not to infect the healthy people at the “socially distanced” visitation.  I’ve pretty much turned my memorial routine into commenting on the funeral home’s web-page and the individual’s Tribute Wall, as they are called on our funeral home’s web-site.  In some small way, it gives me the idea that families see that I care and am thinking about them.  . . . . however, it is very counter-intuitive as I would rather be shaking a hand and/or giving a hug to someone who probably really needs it.

In the above mentioned article, Mr. Charlet discusses that getting mourning families to follow the rules for no inside services and graveside services only was not always easy.  I think that only reinforces what we know about human loss and human interaction.

I was raised in the day of the television westerns.  The news tells me that the vaccine is on the way.  My vision is that I am the western settler with my home under siege only to see the cavalry on the horizon.

Funeral directors have been the ones under siege in 2020.  They have tried to protect their clients from disease and at the same time try to make grief relief and funeral services as normal as possible. . . all while working under trying conditions.  Here’s hoping the cavalry gets to you soon and we can again move forward in giving human beings the proper rituals of saying goodbye and acknowledging someone’s death.  We will be a better society when we get back to that ability. 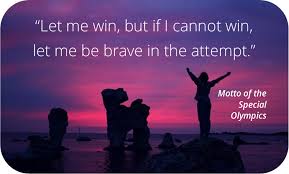 My Greatest Compliments — This obituary of Michael Cusack appeared in yesterday’s Minneapolis Tribune and I included it here because it brought back some great memories to me.  I didn’t know Michael Cusack nor did I know that he was the inspiration for something that is now world-wide and I have came to know — The Special Olympics.  I read this obituary with awe. . . . but had a couple of laughs, too.

You see, Michael Cusack had Down Syndrome and reminded me of some of those I went to school with in my small community.  I went to school with Jon and Mark and Lois.  I knew them from school, but they all had some type of issue, not necessarily Down Syndrome for all of them,  that caused them to live with their parents in adulthood.  And, when the parents came to funerals or visitations, my classmates usually came with.  That’s when I really got to know them.

When Jon came to a funeral the pastor or priest had to move over in the hearse, or find another ride,  because Jon always rode with me to the cemetery.

You always knew when Mark was at a service because he was always a sentence late with the prayers and other communal rites.  But, Mark didn’t mind saying that last line all by himself. . . .he would finish the prayer on his own time and we would all listen.

Jon and Mark are both gone now. . . . as are their parents.  Lois’ parents are deceased but Lois is still in my community. . . She has my cell number and actually calls me once in a while just to check up on me.

I did a lot in my 33 years as a funeral director.  But nothing can ever compare to the trust that Mark and Lois put in me.  They were still living at home with their respective parents when their fathers passed away.

The on-call funeral director had to call me and I had to go to the house(es).  It was kind of irritating at the time, but as I look back on my career caring for families. . . . . those gestures were the greatest compliments that I could ever have had.