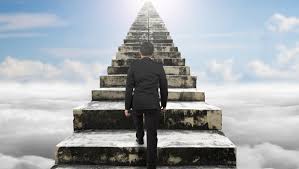 As of last Friday, June 4, we were over five months into the 2021 calendar year.  Funeral Director Daily decided it was time to take a look at where the Death Care stocks were in relation to the stock market indices up to that day.

What we found out is that the stocks of companies that comprise the Funeral Director Daily Death Care Index (DCI) continue to show a positive movement — and even higher growth than the indices of the Nasdaq, the Dow Jones Industrial Average, and the S & P 500 stocks.  For the year to date as of June 4, the seven DCI stocks – we’ve now eliminated Assurant as they are in the process of exiting the preneed field — have grown 14.7% in market value since the beginning of 2021.

If you owned one share each of the seven stocks in the DCI – Carriage Services, Service Corporation International, Matthews International, Park Lawn Corporation, Security National Financial Corporation, Hillenbrand Industries, and StoneMor LLC, you would have seen an increase in value from $182.68 on January 1, 2021, to $214.09 on Friday, June 4.  As of last Friday, the composite dividend of those stocks was $3.34 which would equate to a dividend yield of 1.56% from the stocks of the DCI.

In comparison, the Dow Jones Industrials have grown by 13.6% in that time period, the S&P 500 has grown 12.6%, and the technology focused Nasdaq composite index has grown at a 7.2% clip since January 1.

Leading the growth in market value for the DCI among individual stocks has been Matthews International which has increased in value from $29.40 per share to $38.98 per share. . . an increase of 32.5% since January 1.  Funeral home and cemetery consolidators and operators Park Lawn Corporation (24.5%) and Carriage Services (21.4%) are next in line with market share value increases.

Funeral Director Daily take:  It is interesting to note that for the immediate years leading up to 2021 the Death Care Index generally lagged the greater market indices in growth of market value.  From my point of view, even though many of these companies seem to be efficiently operated and generally profitable, it may be the exposure to the industry from the Covid-19 pandemic that has brought an increased value to the profession.

Matthews International, while reporting increases in sales in its Memorialization segment also acquired a company outside of their Memorialization segment.  That company, Terrella Energy Systems, is a leader in the design and development of bipolar graphite plates for hydrogen fuel cell power systems.  It should be noted that this acquisition may give Matthews leverage as it maneuvers itself in the renewable energy and energy storage markets that may be key to automotive and other innovative products moving forward.  Here is a press release on that acquisition.

Finally, as you may have realized, we have moved Assurant out of the Death Care Index and the index has now been recalibrated to reflect seven public companies instead of the eight we have been reporting on.  In March 2021, Assurant announced the sale of what they had referred to as their “Global Preneed” unit.  In this Funeral Director Daily article you can read of that announcement.

Assurant’s Global Preneed division was acquired by the CUNA Mutual Group of Wisconsin and is, we believe, presently under contract for that future transaction.  In Assurant’s latest financial reports they have dropped the Global Preneed group as a reporting group and seem to be moving on with an exit from the death care industry.

Enter your e-mail below t0 join the 2,103 others who receive Funeral Director Daily articles daily: