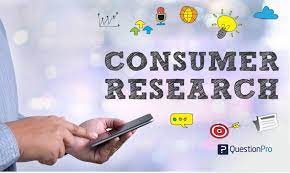 An article entitled “Relational Spending in Funerals:  Caring for others loved and lost” appeared in the March edition of the Journal of Consumer Psychology.  The research for the article was done by assistant marketing Professor Sarah Whitley of the University of Georgia’s Terry College of Business.

In this article about the study you can read where Professor Whitley finds a deep contrast in funeral decisions for those who are preplanning a funeral in the future and those who are making decisions at the time of need.  Whitley opines that from her research, “What we learned is that when people are planning (a future funeral), the main motivation is providing care for their loved ones.  But, when you are caring for someone who has already died you don’t really have this notion of caring for their material well-being.  You’re caring for their memory or legacy instead.”

In her research Whitley analyzed 358 funeral contracts and her research suggests that their is a “sharp divide between what people wanted to spend on their own funeral versus what they were willing to spend on the funeral of a loved one.  Expenditures, increased by almost $1,000 when the planning was for someone else’s funeral.”  To get greater depth on funeral spending psychology, Whitley also conducted long-form interviews with the individuals who planned funerals.

Here are some more of Whitley’s findings:

Finally, Whitley surmised that those that pre-planned do so as an act of caring for their loved ones.  She concluded, “Those that market funeral services need to understand that motivation if they want to continue to meet their clients’ needs.

Here is a link to the full study that appeared on March 27, 2021, in the Journal of Consumer Psychology.

Funeral Director Daily take:  There is a lot to the linked article and the study in the Journal of Consumer Psychology.  I’ve been a funeral director on the front lines of funeral service meeting with families for almost 35 years.  This study and its results, I would conclude, are nothing new, but reinforce the anecdotal thought process that I had about funeral spending.

Yes, most funeral pre-arrangers are very practical when making arrangements for themselves.  I also did pre-arrangements, and very seldom did I see pre-arranged clients spend lavishly on themselves.  It happened, but not that often.  On many more occasions they would mention the possibility of leaving their children “more”. . . or a larger estate gift to their church or other charity.

And, at need, most people were practical too.  However, many times there would be differing ideas by children on how mom or dad would have wanted it. Many times that would conclude by spending a little more money, as the research author states, “to extend care for the memory and legacy of the loved one.”  My take is that happens.

During funeral arrangements that I conducted, I would also caution families against spending too much.  I always told them it was part of my job the help them through the funeral or cremation ritual, but it was also my job for them to understand the costs involved and make sure they would still be happy when paying for the services.  Our revenue per case maybe suffered a little with that attitude, but I would argue that our overriding philosophy of taking care of families, including a financial awareness of where they were at, increased our funeral case volume.

Knowing the consumer psychology of the death care client is something that not every funeral home, cemetery, or preneed manager thinks about too often.  But, understanding that psychology can go a long way in building your business.

Enter your e-mail below t0 join the 2,103 others who receive Funeral Director Daily articles daily: