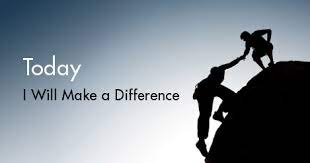 Sometimes at Funeral Director Daily we get too wrapped up in mergers and acquisitions, in financial news, and in things like new products to the profession.  Those things are all interesting and are necessary to know if we want to make the services that we offer to the public profitable for us.

But, it is also of utmost importance that, aside from profits, that those of us in the death care realm make a positive difference to those we serve.  We’ve dedicated today’s column to some funeral directors and funeral homes that have been in the news for the positive things that they are doing for their community.

Take Eric Bell, for instance.  Bell is the Director of Eric M.D. Bell Funeral Home in Indiana and spends Memorial Day doing what he calls a “traveling Taps Tour” in which he stops at several cemeteries in his county to play “Taps” in tribute to those who paid the ultimate sacrifice for our freedom.

Bell comments in this article from WBRD, “It’s important for me to personally honor these veterans with no accolades because that’s not what I do this for and I try to do it perfect every time…and it doesn’t ever come out perfect, in my opinion.”   I’m honored always to say farewell to a veteran no matter where they served, no matter what they did in the military.”

Or funeral director Abby Goodenow of Ewing Funeral Home in Iowa.  Ms. Goodenow was recently awarded the inaugural Iowa Funeral Directors INSPIRE award.  According to this article, she was deserving of the honor because of her exceptional, selfless service beyond the call of duty.

The INSPIRE award has been made possible because of another funeral director, Ryan Tucker and his wife Kayla.  Again, according to the article, the award is “in memory of Indy Thurm, born with a congential heart condition.  Indy’s short-lived journey and funeral service inspired the Tucker family to remember Indy with this award.”