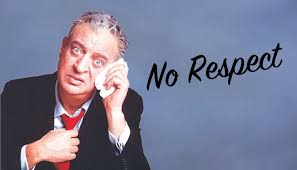 When I was in Middle School and High School and my father, a 3rd generation funeral director,  would talk to me about being a funeral director he would always say something like this, “It’s a noble profession.  You won’t get rich but you will do fine making a nickel at a time and you will have a tremendous self-satisfaction about helping others in your community.”

After my father’s death I did enter the funeral profession, mostly out of a commitment to my family that the business carried on so that my 49-year old widowed mother had an income.  And, my dad was pretty much spot on with his assessment to me. . . for over thirty years I did have that self-satisfaction and after thirty years I had built a pretty good business. . . a nickel at a time.

What I also had, however, was a community that respected and relied on me. My community asked me to serve on boards and when local health and business interests needed some thought processes to solve issues in the community, myself and other funeral directors always seemed to be a part of the team that was put together.  In essence, I believe that my occupation was seen as a valued part of the community.

Not long ago at Funeral Director Daily we also did an article on how the consumer rates different careers as to their honesty and trust.  You can access that article here.  In essence, when funeral directors were put on the list to choose from, they generally rated very high.

All of those thoughts about the positivity of our profession is what causes me to wonder about the following issues that have been in the news.  Just this week I’ve came across a couple of articles, from both sides of the Atlantic Ocean, that give me wonder as to how those in authority look at our profession.

The first article, that you can read here, comes from Yahoo and their United Kingdom section.  It illustrates a funeral home that was fined over 10,000 pounds (more than $13,500 in U.S. dollars) because more than the pandemic regulated 30 mourners showed up at a funeral service.  This is how a supervisor for the authorities that fined the funeral home explained the situation:

“We have issued a £10,000 fine to a funeral director from Mansfield for not managing this event correctly and advising their clients of the rules.  This was a clear and blatant breach of the current restrictions”

The country’s National Association of Funeral Directors (NAFD) countered by giving this statement to the British Broadcasting Corporation (BBC), “Most police forces are being sensible about how they enforce restrictions. . . but some have got the approach seriously wrong.  UK funeral directors are critical workers and, in the main, small businesses.  Forcing them to risk  a £10,000 fine for every funeral they are doing to support the nation through the pandemic is utterly ridiculous and could lead to some of them closing down.”

The article continues that the NAFD’s lawyers are “challenging the fine and continue to seek clarity on a funeral director’s level of responsibility” on the crowd size issue.

The second article comes from the state of Ohio and the state’s funeral directors asking to have access to the COVID-19 vaccine.  You can see in this news video story and print article that Ohio funeral directors have valid points according to this statement released by them in late January, “While funeral directors do comply with CDC guidelines and state orders, the potential for being a hub for the spread of this virus is genuinely concerning…we strongly urge the Governor to correct this oversight as soon as possible and amend Phase 1B to include funeral directors, embalmers, and their staff for immediate vaccine distribution.”

Governor Mike DeWine then issued this statement, “People who do embalming make a very good case and we are reviewing that right now.”

Our family funeral home was/is located in Minnesota. As I mentioned earlier in the article, we always had a good working relationship with our government authorities and they seemed to think that we were important to the function of society.  I checked just this morning and our county public health coordinators have made sure that all funeral directors have  received the COVID-19 vaccination.  I’m happy about that for them and also feel good about having something to do, over the course of my career, with fostering that relationship.

From my point of view, funeral directors are an integral part of the COVID-19 safety chain with their work taking care of potentially contagious remains.  They should be treated with the respect that they deserve.

Related-  Here is another article from Ohio that in it relates that at least one Ohio funeral home has had four employees come down with COVID-19 and one of those employees died.