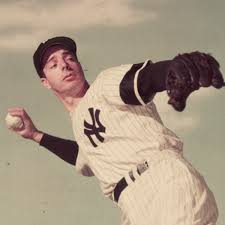 “Where have you gone Joe DiMaggio”.  Those were the lyrics of the Simon and Garfunkel song “Mrs. Robinson” released in 1968.  The country was in the summer of a presidential election and was mired in a controversial war in Viet Nam at the time.  The lyrics harkened back to a simple time in America.

I took the time the other day to Google lists of the most trusted professions in America and if those two artists would compose that song today the lyrics may have been “Where have you gone Walter Cronkite” or “Where have you gone Billy Graham”.  That’s because when I looked at those lists, it appears to me that TV anchor or reporter and clergy have dropped way down that list.  Of course, I was not looking for those professions but was looking for funeral director on the list.

What stirred me to look was this article and news video from WMAX Channel 13 in Georgia.  The news story tells of a funeral home owner who was just sentenced to 20 years of prison and probation for “stealing money that people paid to him for funeral arrangements and gravesites.”  It also tells of a Georgia State House member, who is also a funeral director,  and his intentions to look to legislation to stop this kind of action.

That State Representative, Rick Williams, is quoted as saying, “Just because a funeral home is licensed to sell funerals and be in business at need does not mean they are qualified to do pre-need business.”

The concerning thing to me is that this is not an isolated incident.  When I started writing Funeral Director Daily and was looking for material I would find these kind of articles often.  I actually stopped writing about them because I wanted to write about positive things in the death care industry.

However, in seeing the Georgia article I wondered what, if anything is this type of publicity doing to our profession, hence the Googling of “most trusted professions”.

You see, we’ve talked a lot about building a positive brand in this column.  And, while there is a lot you can do to build a positive funeral home brand, it remains that “trust” is hard to come by if your profession is not seen in a good light.

It took me a couple of tries to find a listing that included funeral directors — not because of lack of trust — but because we just weren’t included in the choices given on some surveys.  Interestingly, of the surveys I found, the profession of “Nurse” was ranked #1 in all of them for trustworthiness.

The great news is that when I found one that included funeral directors, we were ranked tied for #5 most trusted profession behind 1) Nurses, 2) Pharmacists, 3) Accountants, and 4) Medical doctors.  Funeral directors tied for 5th with high school teachers in that survey.  We ranked ahead of police, clergy, and real estate agents.  The survey question was actually “Which professions do you distrust?”  In that survey, which you can see here, Members of Congress were dead last with a survey response that they were not trusted by 58% of the public.  Funeral directors came in not trusted by 10% of the public.

In another survey that I found, funeral directors were not listed, however, the bottom five for “most trustworthiness” were interesting and I thought I would share them with you.  This survey, from Moneywise, can be accessed here.

Just a reminder that what you do as a funeral director affects all of us.  Let’s continue to make sure that we build our profession to one that can be trusted by all.

Feature Article — There have been a lot of perspectives put out about funeral directors, death care, and COVID-19.  This feature article from the Los Angeles Times pertaining to the El Paso, Texas, area is one of the best that I have read.  It is entitled, “For a border funeral home that survived the cartels, the coronavirus crisis is worse”.