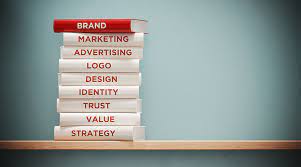 The other day I read an article from “The Hustle” concerning product or brand placement in movies and television shows.  It was a pretty fascinating read of product placement, not something I was totally unfamiliar with.  However, I was somewhat amazed at the amount of dollars that companies were willing to spend for product placement and also, although I maybe should not have been, on the possible rewards that came with that exposure and familiarity.

I thought I could probably make a case that it is important as a funeral home, crematory, or other death care supplier on how you have your logo placed in different places to get maximum exposure and “relative relationship” benefits.  I think that is important so that you can make a cost/benefit analysis on those placements.

First, let’s take a little look at the Hollywood movie placement business.  Here’s a couple of facts I learned from the article in The Hustle.  Harley Davidson paid $10 million to have its electric motorcycle featured in the 2015 movie Marvel’s Avengers:  Age of Ultron.  Car maker BMW paid $110 million to supply cars for three James Bond movies in the 1990’s before Aston Martin outbid them with a $140 million offer for the right to supply cars for the 2002 feature Die Another Day.  No doubt, that’s a lot of money.

Here’s a couple of free placements that did alright for the companies.  Most famous is Reese’s candy in the 1982 movie E.T.  M&M had turned down the idea of using their candy with the thought that E.T. may scare children.  Ray-Ban offered free sunglasses but no money for their sunglasses usage in Risky Business (1983) and Top Gun (1986).

You probably know the result, according to The Hustle, Reese’s sales increased 65% upon the release of the Movie E.T.  And, Ray-Ban saw a 20-fold sales increase after the movie Risky Business.

So, does your funeral home have a logo that is easily recognizable when it is put beside other logos in school programs, athletic programs, newspaper advertisements, and the like?  Being recognized can be valuable over time.

When I began at our funeral home in 1980 we did not have a logo.  We had standard white stationary with black lettering that simply said “Anderson Funeral Home”.  It certainly did not stand out anywhere and we relied on our reputation and the reputation of the owner and funeral directors to pull death calls.

In 1982 I attended a national convention and one of the small group sessions was on developing a logo and branding your funeral business.  I was sold and upon return commissioned an advertising agency to develop a logo for our funeral home.  The one I chose you can see on your left. . . a gold sunset/sunrise with bold black lettering has worked for us for the past almost 40 years.  From my point of view it is a combination of strong colors and a logo that can be thought upon to either signify a Sunset (end of life) or a Sunrise (depending on your religion, the start of a new life).  We carried the gold and black colors into all of our paper products and even our livery vehicles that are all black with gold accent stripes.  I would argue to say, that our logo is now one of our community’s most known logos.  Seeing that logo, signifies everything Anderson Funeral Home stands for — strength, longevity, and trust being among those attributes.

According to this article from Promotique blog “The research shows that getting your logo out there is extremely important.  Customers can recognize leading brands with just a primary color or a certain shape of a logo and consumers naturally trust these companies more.

That same article noted in a survey of 2,000 Americans that, “It also emerged that half of respondents are more likely to use a company with a logo they recognize. . . “

I also think it is very important where you place your logos and advertising dollar.  Under my management at Anderson Funeral Home we did the customary advertising with the local newspaper, the AM 55+ radio, billboards, church bulletins and the like.  But, we also placed our logo, unobtrusively, on a couple of stock cars at our popular local stock car track.  It reached a demographic that isn’t always thinking “funeral homes” yet, that same demographic talked with their parents about potential consumer decisions such as funeral home choices.

Your logo should help in building your brand, just as your advertising, marketing, and strategizing does.  I would also argue that a logo is a long-term investment. . . . people will not recognize it in a day.  If your funeral home does not have that recognizable logo yet, it might be time to have someone help you in developing it.

You can see a list of America’s Top 20 recognized logos here along with a little quiz on how good at logo recognition you might be.  By the way, America’s Top 10 are:  Apple, McDonald’s, Coca-Cola, Nike, Starbucks, Google, Facebook, Adidas, Amazon, and YouTube.