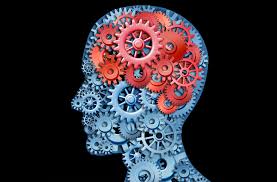 There’s a lot that America has been divided about lately. . . politics, Supreme Court rulings, reasons for inflation  — the list can go on and on.  The podcast Big Brains from the University of Chicago, which has the podcast transcript available on the link also, has an interview with anthropologist Shannon Lee Dawdy that questions if our emerging death care culture is predictor of this division.

It’s an excellent podcast and/or read that I believe can help funeral directors understand what may be happening in society as to the choices of death care that are being used by the American consumer.  It is entitled, “From green burials to DIY burials, how death in America is changing with Shannon Lee Dawdy”

Dawdy, a University of Chicago professor has traveled around the United States recently asking people two questions,  “What do you want done with your body when you die?  And what do you think happens to us after we die?”  Dawdy has then used those answers in trying to tell us what those answers, about our death practices and rituals, say about American society today.

I think her answers are interesting.

First of all, she sees a change that can be summed up this way, “American death practices have changed more in the last 10 years than the last hundred.  What you’re seeing is a transition from a very Orthodox, accepted, mainstream, one-size-fits-all, 95% of all Americans in the 20th century had one kind of death ritual. Now, it’s going to a heterodox pattern, where it’s kind of anything goes.”

Podcast host Paul Rand said this of the “uniquely American” idea of embalming, “Embalming is a specialized task and the increasing demand for it after the Civil War established our modern funeral industry today. For decades, embalming and viewing of the corpse in a funeral setting became the dominant practice for 95% of Americans, even though it was incredibly rare everywhere else on the planet. This led to a belief that Americans use embalming to deny the reality of death, a denial that many people think runs through our culture.”

Dawdy agrees with that statement in the podcast and then goes on to explain that she thinks that even though cremation was growing, it was the 9/11 attacks on American that accelerated the non-embalming, non-viewal culture we are in today.  Here’s what she says of that cultural shift —

“Human remains were incinerated through the fires and explosion and ash rained down on those below. . . .Victims could never be recovered or identified even through tiny, tiny fragments. . . . And so I think it really let people let go of the body, that we don’t need the body present in order to mourn and to grieve. The cremation rate between 2000 and 2015 has doubled, so I think that was a major transition.. . .”

Professor Dawdy also says the process of mourning without the body present, because of the 9/11 necessity changed not only disposition methods but grief expression.  “9/11 being in a really important turning point in terms of an acceptance of the public expression of grief and of public mourning. . . . .I think this really turned the tide that people realized that those who were affected by this incredible tragedy needed the support of the American people. That meant accepting and recognizing their grief and encouraging them to mourn. . “

During the interview Dawdy was then asked this question, “If embalming was symbolic of pre-9/11 America and cremation post-9/11, what is the era we are in or going into today?”

Dawdy answered by saying this, “A do it your own way, DIY funerals, but also DIY ritual, where what’s meaningful to people is a totally unique ritual that somehow reflects the individual who passed away.”

The interviewer then asks Dawdy, “. . . should we be worried about this trend (individualization of death care rituals)? . . . this breakdown of a unifying national ritual could suggest that the United States is falling apart as a cultural unity.

Professor Dawdy aswers with this, “I think it’s just intensified over time. It’s now a hyper individualism. Consumer culture teaches us that we’re all completely unique individuals and there’s something sacred about the individual that’s codified in US law too, which makes the US a bit different. I think that sacredness of the individual, it just starts to build, where that sacredness can’t just end. If it truly is sacred, it transcends the limitations of the body. I think that sacred individuality that still unifies us, even if the death rituals aren’t.”

There’s more to be touched on it the podcast/transcript including how religion is playing out in the death care rituals of today, how Covid-19 affected the death care process, and how green funerals may be more in store for America as we move forward.

It’s about a 26-minute podcast that gives one person’s perspective to how funeral and memorial rituals have and will change. . . and tries to answer why they are changing.  If you operate or manage a death care business, I’m guessing that you will gain some valuable insight from listening to this perspective.