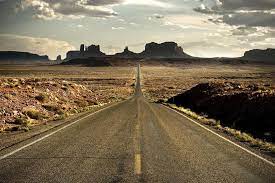 As your business profits from this type of back-to-back business it can get a little illusionary that it is just going to keep on doing so, profitably, into the future.  Funeral home owners can be lulled to sleep by not actively seeking customer acquisition from all areas of the community.

I remember back in 2001 when my community was going through growth spurts.  While we had the majority of market share in the community, our competitor’s funeral establishment was in a very high traffic location.  I was a little nervous that, over time, we would lose some market share because some of these new residents just would not know we existed.

At that time I took a page out of former First Lady Nancy Reagan’s “Just Say No” (to drugs) campaign.  If you remember, the brilliance in her campaign was that of an “early message”.  Instead of telling children of the dangers of illegal drug use when in high school, First Lady Reagan argued that it was best to “get them early and get them often”. . .in her plan, every year as the students moved through elementary school.

Our funeral home invested in targeting the age group of 50 and over inviting them to free seminars on pre-planning.  We also hired a new pre-planner to follow up on the participants of these meetings.  Our goal was to get to these new residents “First”.  And, if they didn’t pre-plan or pre-finance, we had the secondary goal of having had them meet us as they were new to town before they met the other funeral home’s staff.

Quite frankly, the program was a smashing success and we learned that people even twenty or thirty years distanced from their life expectancy end were interested in knowing more about the options for their funerals.  In essence, we invested early, played the long game, and our funeral home is still reaping those benefits. . . .which included great gains in market share.

I thought of this last week when I read an article about Tik Tok and their new music service, Resso.  Resso is coming into direct competition with the music platform Spotify. . .which is extremely popular and boasts 381 million users.  Tik Tok, a Chinese company that has been very successful in its own right, is willing to play the “Long View” in establishing customers, too.

The article pointed out the top five music artists listened to on each medium.  Here are the Top 5 for Spotify:  Bad Bunny, Taylor Swift, BTS, Drake, and Justin Bieber.  And for Tik Tok’s Resso:  Megan Three Stallion, Doja Cat, Popp Hunna, Olivia Rodrigo, and Cardi B.

So, I know very few of those musicians, but the article tells me that all of Tik Tok’s Top 5 are popular with those in the Gen Z age group (16-24).  In essence, while Spotify is popular today and produces programs aimed at older audiences such as podcasts by Joe Rogan, Conan O’Brien, and Michelle Obama, Tik Tok’s Resso is willing to let its listeners grow up into bigger spenders over time.. . . .They are playing the “Long View” as their business strategy.  It will be interesting to see, over time, if these Gen Z young adults will stick with Resso or move to Spotify as they further age and mature.  I’m sure Tik Tok believes they can hold on to them, because they were there from the beginning.

My point, is that you cannot get so caught up with what you are doing today that it might compromise what you need to be doing for the future.  Visit with your peers, and even as you target those 50 and over ages for pre-arrangements, give a little thought and put a little time into how you can get in early with the younger sect in your community and become first in their minds when they think of Death Care.  Playing the “Long View” game can only help down the road.

Enter your e-mail below to join the 2,494 others who receive Funeral Director Daily articles daily: