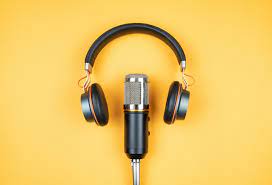 “Humans are into rituals. Birth rituals, marriage rituals, naming rituals—each of these and more are integral to the lives of most people. One type of ritual, perhaps, is most common of all: death rituals.”

That’s the first “tease” line for a very interesting podcast I listened to earlier this week.  Here’s the next line, “On this episode of The Russell Moore Show, author and professor Stephen Prothero joins Moore to discuss a sweeping change in death rituals: cremation’s rapid rise in popularity.”

It was interesting to me that in the early portions of the podcast, which comes from a program from Christianity Today, that the participants discussed changing rituals in marriages and weddings and wondered if we will be seeing more changing rituals in death care.  Maybe you haven’t thought about it much, but rituals such as writing one’s own wedding vows, or destination weddings have had an effect on the former ritual of church weddings.

And, in the old days the sex of a child was kept secret until birth, we now have “Gender Reveal Parties”.  That too, is a change in the ritualization of birth.

So, the participants ponder, what will be the changes in ritualizations at death?  As one of the participants mentions, “Who just wants words out of the Book of Common Prayer anymore”?  Don’t we want more personalization and and even involvement by one prior to their own demise.

The participants also think the culture of “moving away from authority” is upon us and seem to think that will make a difference also. . . . We don’t want the government to tell us, we don’t want the church to tell us. . . . . without those institutional guidelines, where will funerals and memorial services drift to.

Finally, while not real death care industry related the participants also question, “the theological and cultural implications of cremation, important questions to consider about how bodies are treated after death, and the role of the resurrection.”

All in all, a unique broadcast and perspective on our industry and beyond by those who do not make their living in the industry.  A worthwhile listen on your next drive.

Here is the link to the podcast

FYI — When I clicked on the article I didn’t know how to listen to it.  I clicked the RSS feed and then it came on for me.  Those that subscribe to Apple or Spotify will see icons listed for you.

Enter your e-mail below to join the 2,751 others who receive Funeral Director Daily articles daily: