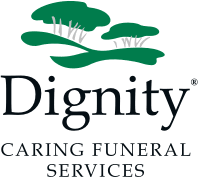 According to this article from Yahoo, Great Britain’s largest public death care company, Dignity plc, has accepted a buyout offer from a consortium that includes its largest shareholder group and one of the country’s wealthiest and well-known entrepreneurs.  The shareholder group is Phoenix Asset Management Partners (PAMP) which, in another interesting twist, is managed by former Dignity plc Chief Executive Officer Gary Channon.

The entrepreneur in the acquisition group is Sir Peter Wood, listed as the 198th wealthiest person in Britain according to this Wikipedia entry.  He was the founder of Direct Line and esure insurance companies.  He was knighted in 2016.  According to the Yahoo article, Wood said this of the acquisition, “Dignity has long-term growth potential – the signs are clear to me.”

While Dignity plc may have long-term growth potential, it has suffered with its financial performance lately.  Sun Life recently reported in its annual survey that funeral costs in Great Britain are decreasing and Dignity plc has had a much publicized program to get ahead of that curve and capture market share by lowering its prices to consumers.

According to Dignity plc’s 2021 Annual Report that you can read here, the company consists of:

Related — Here’s an article from Investing.com on this proposed transaction

Related — Here’s an article from Reuters on this proposed transaction

Funeral Direct Daily take:  This buyout is very similar to last year’s buyout of American public company StoneMor Inc, where its largest shareholder led a proposal to buy out the public shareholders and take the company private.  In both the Dignity plc and StoneMor buyouts the purchasing party publicly stated that changes needed to be made and the best way to do so was outside of the public business arena.

Strategy is important and maybe they are right.  I also think that there are some lessons to be learned in these cases.  For instance, “Is growth for growth’s sake always profitable?”  I think as companies get bigger they start to realize that growth must be profitable.  Growth, just to grow — is probably overrated.

Sometimes with large growth, companies take on an acquisition or a group of acquisitions that take so much time and energy to bring profitably into the system that they can overwhelm management and hinder other endeavors that should be taking place.

I’m not saying that happened with StoneMor or Dignity plc, but it is just one obstacle in growing a business.  And, I think death care consolidation companies now understand that paradigm and are going to be more selective in moving forward with acquisitions — especially in a world where death care is changing so fast.

Enter your e-mail below to join the 3,109 others who receive Funeral Director Daily articles daily: