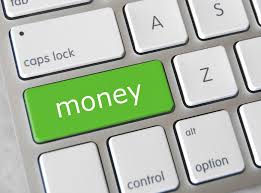 However, the DCI, which is composed of 8 public companies in the death care index, finished the year absolutely flat.  And, I mean flat.  The DCI, which is calculated on the value of owning one share or each of the eight stocks, started 2017 with a value of $296.30 and ended the year with a value of $296.45.  If you had been invested in only those eight stocks — even though some were highly rewarding — you would have been pretty disappointed in the final outcome in relation to the Dow, S&P, or Nasdaq.

One thing in studying the DCI is that it shows how disjointed the death care industry is.  The industry has financial concerns (mostly around pre-arrangement insurance issuers), manufacturing (caskets and cemetery memorial items), and a retail component (funeral and cremation establishments open to the consumer public).  These parts do not necessarily operate in sync and the DCI is reflective of that.

Here is how the eight company components of the DCI fared in 2017.  Tomorrow I will try to give some prediction on where they may be going in 2018.  Just remember, my opinions are that of a veteran funeral director and not a stockbroker.

Service Corporation International — ended at $37.32.  Up 31.4% on the year.  The granddaddy of the acquisition roll-up business their return actually topped any of the exchange returns.  Pretty impressive.

Hillenbrand Industries —  ended at $44.70.  Up 16.5% on the year.  This is not the Hillenbrand Industries from when I was younger.  No Hil-Rom Hospital Equipment, no American Tourister luggage, no Amedco locks.  They own a 43% market share of the American casket market and even though those raw numbers are dropping, they are able to grind out solid profits in that industry.  They have also shifted remarkably to the processed equipment business and have some great headwinds in that industry as well.

Matthews International — ended at $52.80.  Down 31% on the year.  The parent company of Matthews Cremation and Aurora Casket slipped as they are working on getting a couple of fairly recent acquisitions to the pre-acquisition plan.

Assurant — ended at $100.84.  Up 8.59% on the year.  Assurant is in the death care business as a insurance company that markets pre-arranged funeral insurance.  They are also in several other areas of insurance and had a big loss in the 3rd quarter this year due to homeowner insurance claims during the hurricanes in Texas and Florida.  They proved their mettle, however, by being able to withstand these losses with reserves and re-insurance claims.

StoneMor Partners — ended at $6.56.  Down 27.6% on the year.  2017 was a tough year for StoneMor as management was replaced and the large dividend was cut away from investors.  The company owns about 100 funeral homes and about 320 cemeteries.  It will be interesting to see what their plans are to right the ship in 2018.

Carriage Services — ended at $26.13.  Down 9% for the year.  Carriage Services is an enigma to me.  Founded in 1991 they are a slow, steady grower that seems to increase their business year after year.  However, their stock price has slid.  After 26 years do their investors expect more in the way of dividends or growth?

Park Lawn Corporation — ended at $22.85.  Up over 41% on the year.  Park Lawn likes to remind us that they have been in business a long time, however, they only started trading publicly on the Toronto exchange this year.  The owner of about 88 properties in the funeral, cemetery, and cremation business seems to be very aggressive in their nature.  They are growing the top revenue line fast and are now trading at a 36 price to earnings ratio.  They also are paying a dividend.  The question I have is can they continue to grow the top line while maintaining profitability and a dividend for investors?   It will also be interesting to see what their 2018 looks like.

Security National Life— ended at $5.25.  Down over 15% on the year.  This small insurance company based out of Utah also owns a limited number of funeral homes and cemeteries.  For about the 15th consecutive year the company did pay a 5% stock dividend which would reduce the downside over the last year.

So, there you have the results of the DCI components for 2017.  Tomorrow, I’ll give some thoughts on the future of these companies.