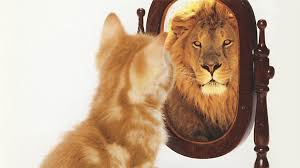 Virtually every week that I follow articles on the death care industry I will see an article like this one from CBS Local in New York that pertains to a neighborhood group banding together to stop the construction of a new crematory in their area.  This article, which includes a news video, comes from Middletown Township, New Jersey and is about the Colts Glen neighborhood trying to stop what they call a “toxic plan” for the Fair View Cemetery to install a crematory in their “quiet suburban” neighborhood.

Residents plead that it is about “the quality of life” or “concern for the children” or “there could be all sorts of things in the air” as deterrents to the construction of the crematory.  The article also points out that there is a internet petition of nearly 6,000 signatures against the Fair View proposal.

As I read this article for some reason it reminded me of the 1980’s when I served on a volunteer election committee for my congressman.  That congressman, when talking about upcoming elections always stated something to this effect, “The election will not be about the reality of what I have accomplished in Washington, it will be about the perception of what people believe I have accomplished.”

I cannot help but think that when county commissioners or city council people come together to make the determinations on the construction of new crematories. . . .do they deal with the realities or the perceptions?  To my knowledge, neighborhood groups always put up the issues about smoke coming from the stack, loud noises at all hours, and the idea of mercury escaping from amalgamated fillings.

However, is that the reality or is that the perception of what really happens?  Maybe lawmakers actually determine these zoning issues on how it will affect them in the next election.

One thing that we do know is that crematories don’t seem to get built in new areas anymore without some type of push back.  At some point this push back may be detrimental, from a business relations standpoint,  to the entity pursuing the construction.  When it gets to that point, what is the business to do?