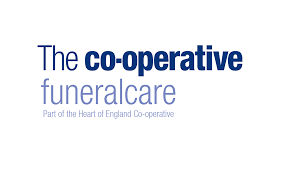 Across the Atlantic Ocean we have learned that Co-operative  Funeral Care in Great Britain has reached agreement to purchase the funeral and preneed related businesses of Midcounties Co-op funerals.  The number reported in this article states that Co-op Funeral Care will acquire 50 funeral homes and 2 vehicle logistic sites from Midcounties.

The transaction will be dependent on approval of the Competition and Markets Authority of Great Britain.  If completed, Co-op Funeral Care will number 182 locations.  According to another article from the Independent which you can read here,  the Competition and Markets Authority stated “that it is considering whether the deal “may be expected to result in a substantial lessening of competition” within the market.  The regulator added that a deadline of October 11 has been set for its phase 1 decision, when it will decide if a more thorough phase 2 probe is needed.”

On the other side of the world across the Pacific Ocean we learned in this article from Motley Fool Australia that Propel Funeral Partners ended their Fiscal Year 2021 with revenues of AUS $120.4 million, up 8.7% from the previous year.

Highlights for the company in FY2021 included: