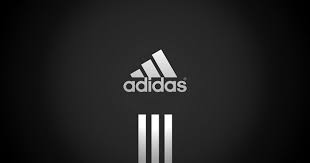 With the Christmas holiday coming up this weekend Funeral Director Daily will not be publishing on Thursday or Friday of this week.  As usual, there is plenty in our industry to tell you about, but with the limited days and multiple stories we thought we would just use this afternoon to give you some teasers on articles that you may look up yourself.

First of all, we bring you this information from Adidas. . even though there is no article to go with the information.  We recently learned that 2020 has, in a business sense, been very good for Adidas.  Their 2nd quarter sales were up 93% and their 3rd Quarter sales showed a 51% increase in online sales.  The company has actually embraced online shopping and found several advantageous in it.

Here is what their CEO Kasper Rorsted said in a CNBC interview recently, “There is no doubt that online has accelerated two to three years into the future”.  We find that pretty much coalesces with the company’s online sales activity.

However, here is what else Rorsted says, “. . .but I actually think if you asked most people, there’s a big social element about going out and shopping and just seeing and feeling the products again.”  Interesting.

To that end, Rorsted says that it will add physical stores and in March 2021 will announce how many and where.

I find that assessment interesting. . . .especially when it is put into our realm about funeral and cremation services.  I’m of the opinion that technology in the death care space really advanced since February and it got us to where we are today in that services, albeit many times livestreamed, were done.  However, I also believe that there is a big social element in having in-person visitations and funeral/memorial services.

I also think that there will be some resistance to paying for in-person services if they are priced too much higher than livestreamed services.  As we move into the new year, I think it behooves every funeral home to strategize on how it will help move families back to in-person services.  Getting them there can only be good for the profession.

Over the last couple of years we have heard about Everdays.  It is a death care tech company that will help consumers prepay for their funeral services.  The company is in a soft-launch phase now and, according to an article,  intends to be in a national launch within 90 days.  Here is a couple of articles about them. 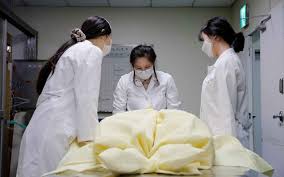 Here’s an article and news video about how two young funeral home owners are getting involved in their new community. . . not only with the funeral home they bought, but in helping this upstate New York town bring back a favorite pastime.

Security National Financial Corporation (SNFC) has again been named “Top Workplace in Utah”.  This press release tells us that Security National Financial Corporation, a Utah corporation this is involved in several aspects of the death care profession, has again been named one of Utah’s Top Workplaces by the Salt Lake Tribune.  This marks the 5th year in a row that SNFC has been so named.  You can read the press release here.