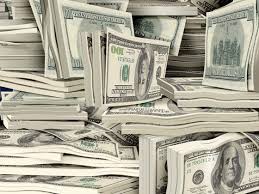 I had not intended to put out an Afternoon Edition of Funeral Director Daily today, however, when I looked at articles that came to me this morning, I found one that was right in the news and “right up our profession’s alley” so to speak.  I thought it might be timely with this in the news right now and possibly out of the news by the time I next publish on Monday, December 28.

As you are probably aware of, a COVID relief bill was passed through both houses of Congress the other day and was being printed and, eventually, on its way to President Trump’s desk for signature.  (It probably tells you a little about how business is done in Congress as the bill was passed before it was even printed — although voting members did have access to the over 5,000 page document online for six hours prior to passage).

In any event, when President Trump saw some of the things in the bill he asked Congress to go back to work and re-do the package.  And, again, I won’t pick sides and say if I was for or against the complete bill, however, I am disappointed that bills are passed without knowing what is in them by most members of Congress.

In any regard, news outlets are starting to trickle out some of the items in the bill.  I was surprised to learn from this article from CBS News that one item in the bill supposedly was a $2 billion appropriation to the Federal Emergency Management Agency (FEMA) to offer financial assistance to “an individual or household to meet disaster-related funeral expenses” incurred through December 31, 2020.”

The article states that “the government should cover 100% of the funeral costs, according to the measure.”

According to the article it would not be the first time that this appropriation was used in America.  In 2005 following the Hurricane Katrina incident and in 2017 after a trio of hurricanes it was also used.  In 2017, it is reported that roughly $2.6 million was paid to about 976 applicants for funeral expenses. . . that worked out to about $2,700 in government aid per application.

Here is another article from CBS News about other items in the COVID relief bill.

Hey. . . and, I think I forgot to wish you all a very Merry Christmas and Holiday Season.  May you and yours find love, joy, and happiness, in the Holiday Season!!