Funeral Director Daily’s Monday morning round-up of death care related items we discovered over the weekend includes a wide variety of topics again this week.  We’ve got information on where to find articles on how funeral homes in Miami are coping with the loss of power after Hurricane Irma, an article that has been published on at least three continents that is a public relations nightmare for a Louisiana funeral home,  some progressive Texas funeral directors being very proactive with […]

Diane Lange, the owner of Moonlight Tattoo in Ocean View, New Jersey has been tattooing for 35 years.  In the past six months, however, she has explained that the number of calls she is getting for cremation tattoos has been rapidly increasing. While we know that cremation rates have been increasing in the U.S., what many people don’t know is that some people take cremation and memorialization a step further and use the cremation ashes, or cremains, for body art. […]

Yesterday’s edition of the Morning Call, a newspaper covering the Lehigh Valley in Pennsylvania carried an article about a new crematory receiving permission to be installed by the Fullerton Wilbert Vault and Burial Company in the Lehigh Valley.  It goes on to say the the zoning board unanimously approved the installation  for a business that for four decades has provided vaults, set up chairs and tents for graveside services, and has opened and closed graves. Owner Joseph P. Beidler was […]

After forbidding cremation for centuries the Roman Catholic Church accepted the practice in 1963.  As the practice got more popular the Vatican decided last fall to issue a proclamation that ashes should be preserved in a church sponsored sacred place and not kept at home or scattered. An article in the Chicago Tribune just last week announced the opening of the first Chicago Archdiocese Cemetery cremation garden for just that purpose.  The Cremation Garden of St. Francis at the All […]

Rural America: Can Cremation/Memorial Services be Your Friend??

I graduated from mortuary school in 1980 and in June of that year entered the funeral profession.  Life was pretty simple, families were of the nuclear type, services only differed dependent on what religion the deceased belonged to, and there was no cremation in my little area of Minnesota.  I tell this story often — in the summer of 1982 – virtually two years after I started working, a family walked in to the mortuary, told us that mom had […] 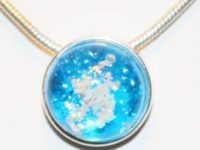 Cremation Jewelry — Is your firm marketing it?

As I’ve said before on these pages — I retired from full-time funeral directing about four years ago and continue as a part-time minority owner of the firm I was affiliated with for over 33 years.  A lot of things have changed over that time but – as many of you will agree – probably nothing as much as the means of disposition from earth burial to cremation.  And with that — there has become an opportunity to market to […]

The What Is?? of Alkaline Hydrolysis

About five or six years ago I was at the Minnesota Funeral Director’s Convention when I first heard about alkaline hydrolysis – the process of an acid bath like process to decomposs the body.  I was wandering around the exhibit floor and there was a small booth promoting a machine for such.  Being inquisitive, I stopped and listened to what they were saying.  I heard the sales rep say that the Mayo Clinic in Rochester, Minnesota, had the only machine […]

An article that appeared in the Green County Daily World of Linton, Indiana, caught my attention the other day.  It was entitled “Walton’s install crematory at Welch & Cornet Funeral Home in Worthington”. I read the article and then did a little research.  The article states that the crematory will be the first in Greene County, Indiana, and serve the three locations/communities that 43- year old funeral director Todd Walton owns and operates in the rural Indiana area. Walton states […]

The Carl J. Mowell & Son Funeral Home of Fayetteville, Georgia, has been granted a Special Exception from the Fayettevill City council to allow for a crematory  on the site of their existing  Fayettville funeral home.  According to an article in the Fayette County News, a Special Exception was needed because under current zoning laws a crematory could only be located in an industrial zoned area. David Mowell successfully argued that there was just more dignity to having the crematory attached […]

Owners of the Heafey Hoffmann Dworak & Cutler Funeral Home in Omaha, Nebraska, and their insurers, Cincinnati Casualty Company and Cincinnati Indemnity Company filed a lawsuit on March 20, 2017, against Mathews International concerning a fire at the mortuary that happened over a year ago. The Omaha World Herald has reported that on January 26, 2016, the mortuary went up in flames and losses totaled over $2.2 million.  According to that article, the insurance companies contend that the blaze resulted […]