Last week funeral home and cemetery consolidator and operator Carriage Services announced the pending acquisition of Greenlawn Funeral Homes and Cemeteries of Bakersfield, California.  In the same press release, that you can read here, the company took the time to outline what they call their “High Performance and Credit Profile Restoration Plan” (HPCPRP).

First of all, lets take a look at the acquisition of Greenlawn.  The press release notes that with this pending acquisition as well as the last two closed acquisitions for Carriage Services — those being San Juan Funeral Homes in Orlando and the Heritage properties in Charlotte — bringing Greenlawn into the fold will increase pro forma revenue for the company in 2023 by $23 to $24 million.  And, their prediction for EBITDA for the combined total of those three acquisitions will be between $8-9 million.

Now to what I call the “Restoration Plan”, their HPCPRP.  In that plan the company outlines four goals.

For those goals the company also outlines “Major Elements of HPCPRP”.  Those elements seem to be 10 strategies to reach those goals. 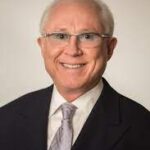 Finally, CEO Melvin Payne seems to take the sole responsibility for repurchasing stock on the open market that today is worth about 50% of what the company paid for it.  He mentions that a total of about $175 million of company stock was repurchased at average share prices of $49.06 per share.  As of yesterday (12/19/22) that stock was selling for $26.67 per share.  Payne says of those purchases in the press release, “I believed we were repurchasing these shares at well below Carriage’s Intrinsic Value Per Share.”

Payne also suggests that the “successful execution of HPCPRP through 2023 and 2024 will create Intrinsic Value Per Share that exceeds the $49.06 per share average price of the 3.6 million shares repurchased since May 13, 2021.

Funeral Director Daily take:  Melvin Payne has been founder, Chairman, and CEO of Carriage Services since Day 1.  The company went public in 1996 and I’ve been reading Mr. Payne’s quarterly reports since then.  He has an awful lot to be proud of with the company he has created and guided for over 25 years of being in the public ownership arena.

Like many of us who have founded companies, he is proud of what he has done and excited to share that with his stockholders.  From reading his reports for over 25 years there is no doubt in my mind that Mr. Payne is a “glass is half-full” type of guy.  He always sees the positive in what is happening.

Mr. Payne loves to share his interpretation of the financial data of Carriage Services with his stockholders.  And, he does so with his own analysis and perspective, which many times includes so much data for the common investor that it is almost dizzying.  And, when his analysis does not always turn out the way he expects, he finds himself in these positions where he has to backtrack on his optimism.

Give him credit for his ownership of the stock repurchases at the $49.06 valuation.  He understands that at this point in time it appears that the market does not share that valuation.  However, also give him credit for being part of creating this plan to bring that valuation up in the next 2 years. . . . . . history tells us that you probably should not bet against him to do just that.

Related — Here is the website of Greenlawn Funeral Homes and Cemeteries

Disclosure –– The author of this article is a Carriage Services stockholder.

Enter your e-mail below to join the 3,050 others who receive Funeral Director Daily articles daily: