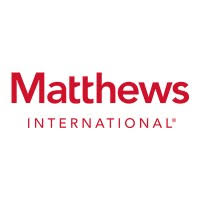 The first sentence from this article in The Star says all that needs to be said about what changes an investor group at Matthews International wants to take place, “Activist investor Barington Capital Group has built a stake in Matthews International Corp and argues the company needs to refresh its board, cut costs and consider selling its packaging business once it can be fixed up.”

As you may know, Matthews International is a public company with three operating segments.  One of those segments, and where almost 50% of the company revenue comes from is called the “Memorialization Segment”.  That segment includes Matthews Cemetery Products, Matthews Environmental (Cremation), and Matthews Aurora Casket Company among its many operational parts.

Matthews International also operates in two other business segments one dealing with industrial technologies that appears to be ready to grow and a third segment, referred to in the opening sentence as a packaging business, called SGK.  It is this third segment, SGK, that according to the linked article, some investors believe should be fixed and sold leaving Matthews with only two operating segments.

In the article, Barington Capital Group maintains that the Memorialization segment is a “cash cow and better positioned than its competitors because of its cremation-related products and services”.

And, now with casket competitor Batesville being taken private and moving out from under the Hillenbrand banner, some may believe that there is more market share to be taken by the Matthews Aurora division in the casket category and also believe that this is the time to attempt to do so.

Related —  Here is a description of operating units of the Memorialization segment of Matthews International as described on their website.

Enter your e-mail below to join the 3,050 others who receive Funeral Director Daily articles daily: