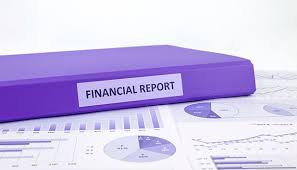 You have heard me say many times that small funeral home operators can learn a lot from watching what the public companies are doing in the business.  I’m also of the opinion that those of us in North America can learn much from what our colleagues in Australia and Great Britain are doing. . .  .especially in that they seem to be ahead of their North American counterparts in how they service cremation client families in that ever growing segment of the business.

Today, we check in with their June 30 financial reporting dates and see what compares or doesn’t compare with their North American counterparts. 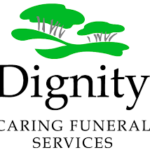 Dignity plc – This company that is the largest purveyor of death care services in Great Britain.  During the first half of 2020 the company served families of 368,000 deaths as compared to the first half of 2019 when they had served right at 300,000 deaths.  This is a 23% increase in the number of deaths and can be attributed to the high number of COVID-19 deaths in Great Britain.

Dignity plc reports, however, that while they served 23% more families, they only received about 12% more revenue than the first half of 2019 and profits increased only about 6% for the period.  Their 6 month report, which you can access here, states, “In broad terms, this reflects lower average incomes offsetting the financial impact of significantly higher funeral and cremation volumes.”

InvoCare — InvoCare is the largest provider of death care services in Australia and New Zealand.  They report in their 2020 Half-Year report, which you can access here, a decrease in revenue from AUS $ 241.5 million in HY 2019 to only AUS $226.5 million in HY 2020.

Their report mentions, “The key driver in decling revenue was a reduction in case average due primarily to the COVID driven restrictions on the number of attendees at funerals.  The resilience of InvoCare services and renovated facilities played a role in limiting the Australian case average decline to 5.7%.”

CEO Martin Earp also made this comment, “Our renovated funeral homes are performing strongly when compared to our unrenovated sites.”

As you may know from this previous Funeral Director Daily article, InvoCare has been in the midst of a “Protect and Grow” philosophy which includes major renovations at many of its physical sites.

Propel Funeral Partners – Propel Funeral Partners of Australia and New Zealand completed its 2020 fiscal year on June 30.  They report in this financial result announcement that their revenue grew to AUS $ 110.8 million – which is an annual increase of 16.5% over FY 2019.  They also report a 36.4% increase in Operatind EBIDTA to AUS $32.4 million.

Propel Funeral Partners, simply because of their fiscal year timing, recorded only three months of COVID-19 results in their fiscal year and we believe that it was that limited exposure that helped contribute to an increase in revenue per service of 1.6% during FY20.  As indicated in their report, however, their revenue per service dipped by almost 15% in April 2020 which was their first full month of COVID-19 related services.