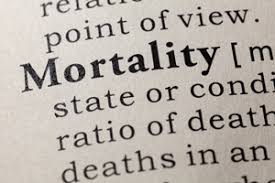 Because I report on them, and partly because I just like learning what is happening, I generally read the “Earnings Call Transcripts” that take place every quarter between the public company death care executives and the financial brokers that cover their companies.  If you’ve never read these they end up being a “give and take” of questions and answers about how the specific company is performing and what they see with their business moving forward.  It gives those who earn their living buying and selling stocks, such as stock brokers and financial planners, information that they can impart on to their clients.

I use the information to help me spot trends in what the big companies may be doing and always tried to use that information to my advantage when I was operating my own funeral home.  Looking at the financials and listening to or reading the earnings call can give you lots of information.

One of the items that I’ve been interested in since the Covid pandemic was the idea of “Pull-Forward” deaths.  The thought process of “pull-forward” deaths is that it is thought that the pandemic took the lives of many in our society who were already weakened by some type of co-morbidity that did not let them fight off the covid virus and get back to good health.  If that was true, the “pull-forward” thought would possibly indicate that many of the pandemic deaths that happened were deaths that might have happened one to two years later because the people had these morbidity issues that might have caused their demise in a finite period of time even without contracting covid.

We now know that America had about 500,000 excess deaths in 2020 and 2021 over the arguably 2.8 million annual deaths that were expected prior to the pandemic.  That’s a total of over 1 million deaths that would not be happening in the years following 2021.

Because of that fact, many of the public companies in the funeral industry have lowered their expectations at least, in part, wondering about this “pull-forward’ effect.

Last week Service Corporation International (SCI), America’s largest death care operator, reported their 3rd Quarter of 2022 earnings and participated in their quarterly “Earnings Call”.  I found it interesting that in his opening remarks CEO Thomas Ryan commented that they are seeing more mortality than they had expected. . .even to the point that they are raising the anticipated budget level of profits for the company.  Here’s what CEO Ryan said:

“Based on what we’ve seen over the last five or six months for 2022, we now believe with higher than we anticipated levels of non-COVID funeral services in at need cemetery revenues that our original base assumption of $3.18 (earnings per share) would be more like $3.50 (earnings per share). We believe these excess services are more permanent nature under a combination of aging demographics, higher risk, less healthy lifestyles developed during the pandemic, as well as certain geographic market share gains.”

As I read that comment I was in the thought-process of “pull-forward” but then realized that Ryan’s three reasons for high anticipated funeral services mentioned nothing about a lower “pull-forward” effect than many had anticipated.  Two of the reasons were very easy for me to understand — those being aging demographics and market share gains.  The 3rd reason was something new, but not something I had not thought about.  Ryan called it “higher risk, less healthy lifestyles developed during the pandemic”.

Later on in the Question and Answer part of the earnings call Ryan was asked this question on that statement by A.J. Rice of Credit Suisse:

Q.  “Okay. Great. Also just maybe I’ll ask, Tom, you had mentioned this excess death issue, and you don’t think it’s related to COVID anymore. We’re obviously looking at a period where the baby-boomers start to hit 80 in 2026. I’m assuming that the step up in deaths will be a bell curve. It won’t be all in one year. There’s a big stair step. Is that what you think you’re seeing? Is there something else going on? Is it maybe we just haven’t fully normalized? Do you think this is a normalized rate that we can sort of see normal at need growth from here?”

Here’s SCI CEO Thomas Ryan’s answer (the emphasis is put in by me):

A.  “Yeah. A.J, there are three things that I kind of identified in my comments. The first one was exactly what you said, call it, the baby-boomers. I do believe we’re beginning to see lift as it relates to that demographic is a component of what’s happening. And you’re right, I think it’s more like a bell curve and we would anticipate that to kind of continue to steadily climb.

The second one is probably the trickiest of all. And I mentioned it, I think I called it and I get a lot of pushback on the way we describe this, but I’m going to call it lifestyle. And what I mean by that is we’re seeing people being impacted in almost every category of death. We’re seeing more deaths from car accidents, more drug overdoses, more suicides, more murders, more cancer deaths. And I guess, I would say it was the pandemic disruption.

And so, what we kind of come into conclusion now is when does that go away? It’s my belief that at some point, society heals itself and we get better. I don’t think that’s going to happen for some time. I think when people are impacted by their mental health or physical health, these trends are hard to reverse quickly. So, I think we’re seeing some of that. But to your point, I hope three, four, five years from now will subside a bit, but I don’t think it’s any time soon.

And then the last piece that I mentioned that impacts us, we believe is market share. And again, we try to track that. It’s not perfect, but we’re seeing in a variety of markets and probably particularly where we’ve got big combo facilities and increase in our share as we measure it over time. So, really three things impacting that that I don’t think go away over the next couple of years. And the only one that at some point, I think, diminishes is that unhealthy America comment that I’ve talked about.”

Funeral Director Daily take:  I found Ryan’s answer very insightful.  According to a May 2022 article, SCI owns over 1,900 properties in North America. . .probably close to 1 out of every 10.  My point is that Thomas Ryan probably has a really good statistical foundation to see what is happening in America.

I purposely withheld writing on this subject until after the elections, but, as I told my wife, maybe the politicians should have asked somebody like Tom Ryan if our nation is suffering from mental health issues, drug overdoses, gang violence, and the like?  It’s a very sad statement to me and I’m glad that Tom Ryan has put it out there.

Ryan’s not the only one who has noticed it.  In America, according to this August 2022 article from the Center for Disease Contol (CDC), only partly because of the Covid pandemic, Americans now have their lowest life expectancy age since 1996.  Here’s part of the reason as quoted from that article — “An estimated 16% of the decline in life expectancy from 2020 to 2021 can be attributed to increases in deaths from accidents/unintentional injuries. Drug overdose deaths account for nearly half of all unintentional injury deaths. The most recent data reported by NCHS showed more than 109,000 overdose deaths in the one-year period ending in March of 2022.”

Couple that thought of 109,000 overdose deaths in the last year with the realization that America had 58,220 fatalities during our involvement in the Vietnam War.  By most metrics – even though America was involved longer – the Vietnam War lasted 122 months, slightly more than 10 years. . . . .and America is now having twice the number of fatalities annually, than the totality of Vietnam War deaths, because of overdose deaths.

It’s heartbreaking.  Drug overdoses, shootings.  But, I’m glad that Tom Ryan cracked the ice and maybe now ready we can start talking about it and finding some solutions.  If I ran the National Funeral Directors Association (NFDA)  bringing light to what is happening on our southern border and in our inner cities and how it is effecting the lives – now being shortened — of so many of our fellow citizens would be my number one priority.  Funeral directors see the results every day.  . do we have an obligation to tell our fellow citizens what we are seeing?