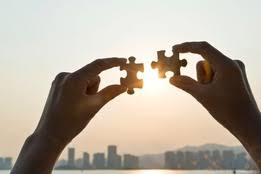 I think there is a lot to be said about “businesses serving their community” in appropriate ways.  And, I think in funeral service as we move forward to more niche businesses that will become more and more evident.

You can read in this article from the Vashon-Maury Island Beachcomber, how a funeral home and the island’s Zen Center have teamed up on an arrangement to co-habitate within a 1966 building that until recently served exclusively as a funeral home.  The funeral home, Island Funeral Home, located on Puget Sound’s Vashon Island, recently was sold to the Zen Center with the funeral home then signing a 7-year lease to operate out of the facility.

Vashon Island, according to the 2010 census, has a population of slightly over 10,000 people and is connected to Seattle only by ferry or water taxi.  Island Funeral Home has been owned by the Weeks brothers who also own, according to the article, funeral facilities in other Washington state communities.

One of the operators of the Zen Center, Koshin Christopher Cain, commented on the connection between Zen Buddhism and funerals, “Life and death are great matters.  We’re okay with that.”

Another operator of the Zen Center, Diane Sweetman commented on the ability to purchase the funeral building and work with the funeral home was important because, “Some challenges arose with King County zoning regulations as (a potential) property was not zoned as a commercial property.  Our research also made it clear that working through the permitting and fundraising to build a brand new building was going to be a daunting process.”

The Zen Center will be transforming the 2.5 outdoor acres into a series of Zen gardens which certainly will enhance the surroundings of the funeral home.  In addition, the 100-seat chapel will become a meditation hall and be available for funeral and memorial services.

Funeral Director Daily take:  There are a lot of potential options for funeral home facilities.  In my opinion, the key is that the funeral home is providing what its community is looking for.  As I mentioned earlier, as death care potentially moves into more niches, I think we will see an evolution of death care facilities that will provide what the public is looking for. . .and those may be different than the traditional funeral homes of yester-year.

This facility appears to give a blueprint for what may work on Vashon Island.