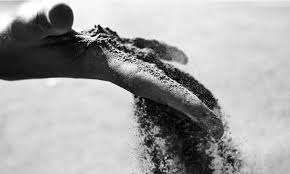 If you have been a funeral director for any length of time a family member of a cremation disposition has approached you about their idea of scattering the cremated remains at a certain location.  Most of the time the question has been asked in relation to a public park, a church yard, a lake, or some other public location that held meaning and was prized by the decedent.

Were you ever asked for your opinion of the scattering of the remains in the end zone at an NFL stadium during a contested game?  My guess is probably not. . . and if you were you probably would have recommended against the idea.

According to this article from Bleacher Report, that is exactly what happened during a game about a week ago at Pittsburgh’s Heinz Field.  According to that article, “Steelers officials and local authorities are investigating an incident that saw a fan spread ashes.” . . . . And, according to KDKA, “the ashes landed partially in the stands and on the edge of the field.”

As a matter of fact, the article also states that some of the remains “blew onto a fan and remains also blew onto some of their food.”

The Steeler’s statement on the action includes that “this type of action in not permissible.”

Funeral Director Daily take:  This may sound like bizarre behavior, however Dr. Amy Dickson, an assistant professor of psychiatry at LSU said this in a 2014 article, “[f]or an avid sports fan, the idea of having their ashes scattered at a place that made them happy might be very strong. For many people, allying with a team is what drives their week . . . so continuing that allegiance after death is just another step.”

This article tells of the possibility of that allegiance being so strong that family members are willing to risk arrest to follow thru with the task.  Christopher Noteboom was apparently arrested for running onto the field at a Philadelphia Eagles game to scatter his mother’s ashes.  According to the article, Noteboom had this comment after being released from custody, “I know that the last handful of ashes I had are laying on the field, and will never be taken away. She’ll always be part of Lincoln Financial Field and of the Eagles.”

Finally, This article tells of the Auburn University facility managers finding cremated remains on Jordan-Hare Stadium turf after a big upset win over Alabama in 2013.