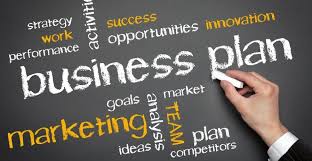 There are a lot of concepts and a lot of ways to make that consumer client connection with those concepts and handle the final disposition of a human being.  It’s pretty certain that we will never know all of them.

The other day I came across an apparent advertorial, that you can see here,  for something called Church Funerals Direct Network.  I delved into it, including going to the company’s website and it appears to be a funeral home in the state of Ohio that uses technology to partner with other funeral homes and churches to reach those consumers who may want to save money on a funeral.

Here is the website for Church Funerals Direct Network.

I think it is probably a company that can do that for consumers if that is what the consumer wants.  It also appears that the company hopes to partner with funeral homes to bring lower revenue, but incremental business to those funeral homes.  There are testimonials on the company web-site that appear to show consumers were happy with the product they received.

I’ve said all along that at some point in time I expect a “national brand” of funeral and/or cremation services to evolve and that brand will be well received when it gets the logistics correct.  Getting it correct will mean one tap on a phone screen that can put you in touch with a company with a national concept for death care.

Because of the logistics involved it will probably be done first with a minimal service direct cremation outlet.  We critiqued Tulip Cremation when they first came out as an independent that held big aspirations as a cremation provider before being acquired by Foundation Partners Group.  There are others who may have their eye on this national brand scope such as Service Corporation’s Neptune Society or NorthStar Memorial’s Smart Cremation.

From my point of view getting affiliates in all of America’s major cities would be the easy part for this national brand.  Especially, with a concept similar to what it appears Church Funerals Direct Network seems to be attempting — funeral homes getting ancillary calls without the public ever coming to your funeral home.  Arrangements in the home or via Zoom and then any services, if wanted, in a church facility outside of the funeral home.  It’s a little like the old “Man in the Van” concept except with a national scope rather than a local scope.

The hard part in my opinion would be the acquisition cost to obtain clientele on a national basis.  It is going to have to be online, and the good thing about that today, is that it is getting easier and easier to drill down on prospective consumers through web searches and even artificial intelligence.  But, it will be costly.

While others like Uber or GrubHub have created this national identity, they had many advantages over the death care business.  For one, taxi services and food delivery are done over and over again.  It’s not like death care where to use a basketball related term, it’s usually “One and Done”.

Secondly, Uber and GrubHub had highly social groups of people, such as college students, to pass their concepts on for friends to try.  They received a lot of “word of mouth” advertising when they needed it most.  I’m not so sure a national death care company could do that.

However, I still have faith that within the next decade we will have a national brand cremation provider with a uniform set of operations across America.  I’m waiting to see who it is and how it is done.  My prediction, however, is that the first one out of the gate will gain the market share. . . . . getting that market share profitably will be the trick.

Enter your e-mail below t0 join the 2.009 others who receive Funeral Director Daily articles daily: