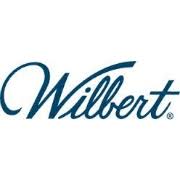 It’s not only funeral homes and cemeteries that are in the business of growing their businesses to better serve clientele.

Last week we received word that Wilbert, Inc., the nation’s preeminent burial vault company, made an acquisition to bolster their presence in the Northeast corridor of the United States.  Here is the information that we received in that press release:

Flagg-Palmer/Century/Cape Cod has two locations: Oxford, MA and Mashpee, MA. All step manufacturing is done in the Oxford location and Mashpee serves the market in the Cape Cod area of Massachusetts.

“This acquisition will allow Wilbert Funeral Services to expand its distribution and bring Wilbert Burial Vaults to a larger number of funeral home customers in our Massachusetts service area.  We look forward to growing the business and building on the Maki family tradition of service and quality.” stated Craig Neal, Vice President.  Additionally, Neal commented, “We appreciate the Maki’s trust and support in this transition as we make considerable investments in upgrading graveside service equipment, which will also enhance the safety and wellbeing of the hard-working employees.”

You can learn more about Wilbert, Inc. and their brand of products here.